"Even I Can't Afford Your Car": Nitin Gadkari To Mercedes-Benz

Speaking at the rollout of Mercedes-Benz India's first locally assembled EQS 580 4MATIC EV in Pune, Nitin Gadkari said that there is a huge market for electric vehicles in the country. 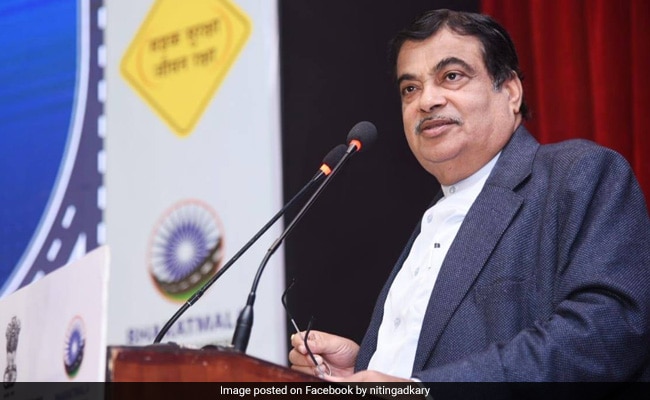 Speaking at the rollout of Mercedes-Benz India's first locally assembled EQS 580 4MATIC EV from its Chakan manufacturing facility in Pune, Gadkari, who is the Minister for Road Transport and highways, said that there is a huge market for electric vehicles in the country.

"You increase the production, only then it is possible to reduce cost. We are middle-class people, even I can't afford your car," the minister said.

The latest EV from the German car maker comes with a price tag of Rs 1.55 crore.

Mercedes-Benz India started its electro-mobility drive in India with the launch of its all-electric SUV EQC as a fully imported unit in October 2020 priced at Rs 1.07 crore.

There are a total of 15.7 lakh registered electric vehicles in the country, according to Mr Gadkari.

There is a huge market with the overall EV sales rising 335 per cent, he said, adding that with the express highways coming up in the country, Mercedes-Benz India will get a good market for these cars.

The Indian Automobile size currently stands at Rs 7.8 lakh crore, in which exports are to the tune of Rs 3.5 lakh crore and "my dream is to make it a Rs 15-lakh crore industry", he noted.

Mr Gadkari also mooted the idea of Mercedes-Benz setting up joint ventures for establishing vehicle scrapping units, which will help the company reduce its parts' cost by as much as 30 per cent.

"As per our records, we have 1.02 crore vehicles ready for scrapping. We have only 40 units. My estimate is that we can open four scrapping units in one district. And so easily, we can open 2,000 such units," he said.

"My suggestion is that you can set up some such units which will give you raw materials for recycling which will reduce your component cost by 30 per cent." The government is encouraging such facilities, "and it is important that we will get cooperation from your side", the minister said.

The EQS 580 4MATIC offers an 857 kms range (ARAI certified). The high power density of the lithium-ion battery comes with a usable energy content of 107.8 kWh and is equipped with a powerful 400-volt battery manufactured using the latest lithium-ion technology.