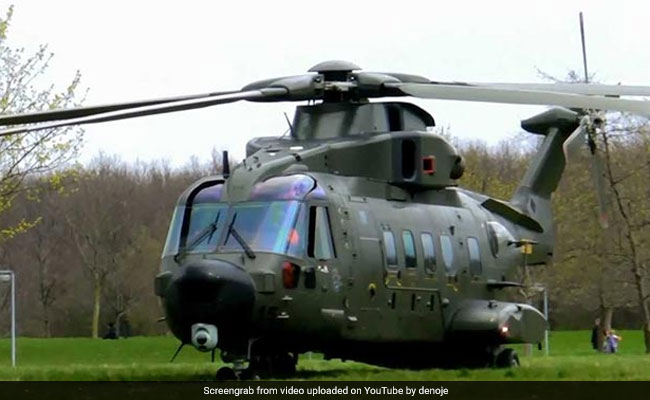 A co-accused and alleged middleman Christian James Michel, a British national, was extradited from Dubai to India earlier this month and is currently in the CBI custody in a related case.

On Rajeev Saxena's application, the court sought response from the Enforcement Directorate (ED) by December 24, when it will next hear the matter.

The court also asked senior advocate Geeta Luthra, appearing for Rajeev Saxena, to take instruction from her client as to when he may come to India and join the probe.

The court has already issued non-bailable warrant (NBW) against Rajeev Saxena in the case.

Maintaining that AgustaWestland had paid Euro 58 million as kickbacks through two Tunisia-based firms, the ED has alleged that "these companies further siphoned off the said money in the name of consultancy contracts to M/s Interstellar Technologies Limited, Mauritius and others which were further transferred to M/s UHY Saxena and M/s Matrix Holdings Ltd, Dubai and others".

Saxena is one of the accused named in the chargesheet filed by the ED. Michel, former AgustaWestland and Finmeccanica directors Giuseppe Orsi and Bruno Spagnolini, ex-IAF chief S P Tyagi and Saxena's wife Shivani Saxena were also named by the agency.

It was alleged by the probe agency that the two Dubai-based firms were the entities "through which the proceeds of crime have been routed and further layered and integrated in buying the immovable properties/ shares, among others" in this case.

"Saxena has transferred proceeds of crime from M/s Interstellar to his Dubai based companies M/s UHY Saxena and M/s Matrix Holdings Ltd," ED said in its charge sheet.

The agency claimed its probe had found that AgustaWestland, United Kingdom, had "paid an amount of Euro 58 million as kickbacks" through two Tunisia-based firms.

On January 1, 2014, India had scrapped the contract with Finmeccanica's British subsidiary AgustaWestland for supplying 12 AW-101 VVIP choppers to the IAF over alleged breach of contractual obligations and charges of kickbacks of Rs 423 crore paid by it to secure the deal.