India started a similar 2+2 Ministerial Dialogue with the US last month. 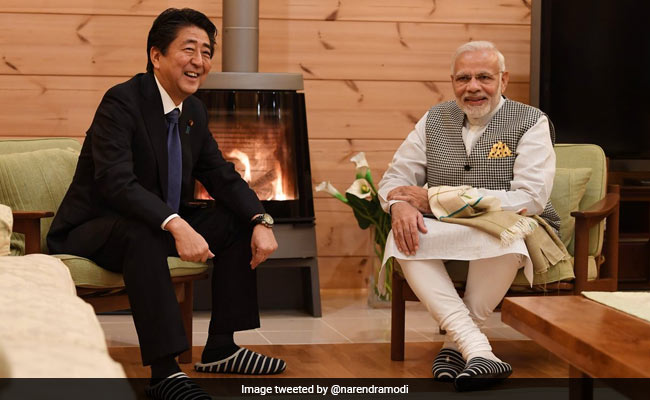 PM Modi is in Japan to attend the 13th India-Japan annual two-day summit.

India and Japan will start a 2+2 Ministerial Dialogue involving their respective foreign and defence ministers to work for peace and stability in the world, Indian Prime Minister Narendra Modi Narendra Modi said today.

"Without the cooperation between India and Japan, the 21st century cannot be an Asian century," PM Modi said in a joint address to the media with Japanese Prime Minister Shinzo Abe following their annual bilateral summit in Tokyo.

"Abe-san and I have agreed to start a 2+2 Dialogue between our foreign and defence ministers," he said.

"Its aim is to further boost peace and stability in the world."

Describing Japan as the confluence of the best aspects of eastern and western civilisations, PM Modi said that the country has taught that the path to the development of mankind is not a conflict between the ancient and the new, but its co-existence and creation.

"The relations between India and Japan are as deep and wide as the Indian and Pacific Oceans," he said.

"These relations are based on shared commitment to democratic values and freedom and the rule of law."

PM Modi said that he and PM Abe agreed that from digital partnership to cyberspace, health to defence and from oceans to space, both sides will strengthen their partnership.

"I have been told that today Japanese investors have announced that they will invest $2.5 billion in India," PM Modi said.

"This will help boost employment generation."

On his part, PM Abe said that cooperation between the naval forces of the two countries will increase.

He also said that to boost regional connectivity, Japan and India will work together in third countries like Bangladesh.

Following the talks, agreements were signed on cooperation between the naval forces of the two countries, healthcare, digital and new technologies, and food processing.