In Lucknow, The Samajwadi Party War Room Is Up And Running, Just In Time

Samajwadi Party is focussing heavily on digital and social media campaign for UP polls.

Lucknow: It is 2 pm in the afternoon and 36-year-old Ashish Yadav, head of the Samajwadi Party's war room for the Uttar Pradesh elections, has already been at work for many hours. The party's war room has recently shifted to the plush interiors of a two-storey bungalow, a few feet from the main party office in Lucknow.

The party's war room has taken time to get up and running. The long drawn out feud between Chief Minister Akhilesh Yadav and his father Mulayam Singh over the last three weeks meant the loss of crucial time in getting the Samajwadi Party's push for the UP polls off the ground. 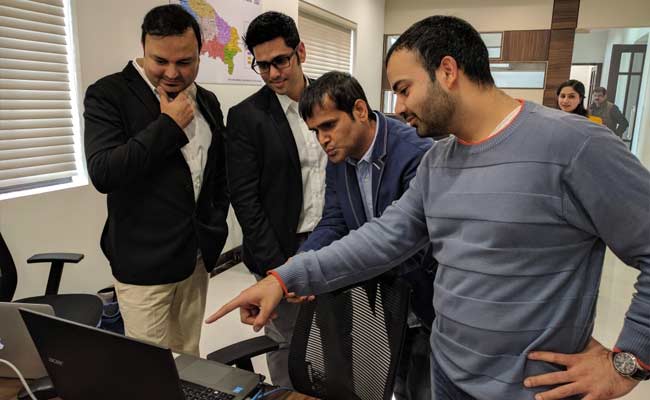 The Samajwadi Party's war room is handled by media and IT experts and creative artists.

But now that it is, Ashish, who is a media communications expert originally from Jhansi in the state's impoverished Bundelkhand region, intends to go full steam ahead. Ashish has previously worked with the BBC for over a decade, and is now with the Samajwadi Party on a voluntary basis, he says. Ashish is also incharge of the media monitoring sub section within the war room that has six TVs monitoring local and national news from dawn to dusk. "Our theme for the war room and the campaign is 'Kaam Bolta Hai'. Our entire focus is development. I was drawn to this project by Akhilesh Yadav's image and the fact that he is so tech savvy," says Ashish.

The party's war room has four sections - one is the media monitoring cell, the other section is for research, the third section deals with digital content on social media and the fourth is a call centre that functions as the research cell.

Promoted
Listen to the latest songs, only on JioSaavn.com
The audio video section is headed by Ahmed Aftab Naqvi, in his early thirties, a Lucknow native who runs one of India's largest independent digital agencies out of Mumbai. At the war room, Aftab heads the digital section - that takes care of campaigns across Twitter, Facebook and WhatsApp. A key technique, says Aftab, is to send out ad campaigns on social media and then map the response from across Uttar Pradesh. "I am very happy that we have an incredibly high social media penetration across Uttar Pradesh. In Uttar Pradesh, I believe we do not have competition from the BJP, despite their social media prowess. We use a lot of trends to predict voter behaviour and the audience and voters of Uttar Pradesh are much smarter that what you think. In this election you will see how people, especially youngsters vote about development," says Aftab. 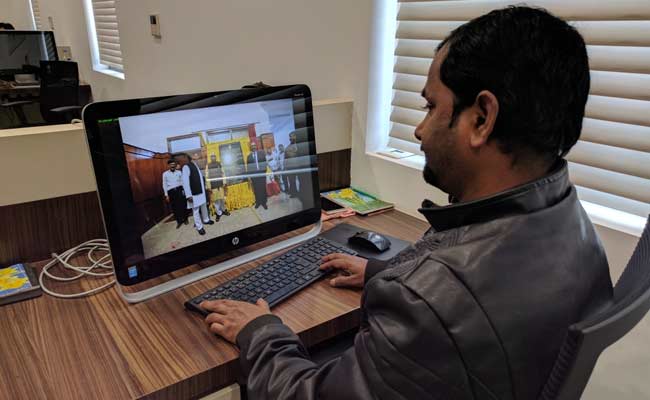 The war room has an audio-video section that deals with the SP's campaign across social media.

Incharge of the war room's creatives is 39-year-old Manoj Yadav, a lyricist and writer from Mumbai, whose original home is Azamgarh in eastern UP. Manoj is responsible for the very popular 'kaam bolta hai' song from the party's campaign that is themed around Chief Minister Akhilesh Yadav's development pitch. In Bollywood, Manoj has written theme songs for the IPL, the Cricket World Cup and also successful Hindi films. "The biggest thing is that people feel they have an emotional connect with the chief minister, given his kind of personality," says Manoj.

The call centre is headed by 29-year-old Anshuman Sharma, originally from Kanpur, who spent many years in Boston as a communications professional. His team of four people makes 2,000 calls each day to voters and also to the booth level workers of the Samajwadi Party, getting feedback not only about the Samajwadi Party but also about other parties and their ground campaigns - like the BJP and the BSP.