The case pertains to the allocation of the Amarkonda Murgadangal coal block in Jharkhand. 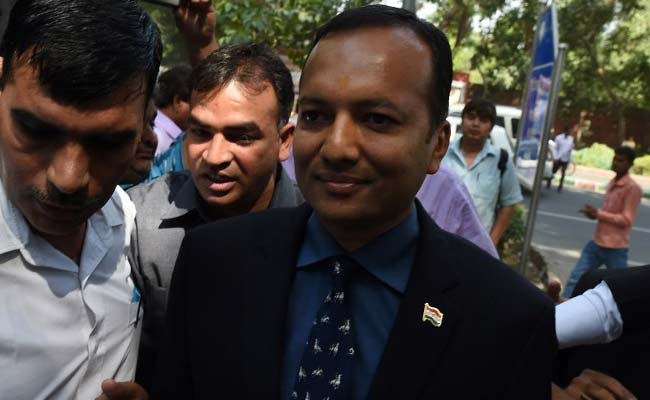 The case has been filed under the provisions of Prevention of Money Laundering Act.

A Delhi court today granted bail to industrialist and Congress leader Naveen Jindal and 13 others, accused of money laundering and alleged irregularities in allocation of a Jharkhand-based coal block.

The court, however, put various conditions on the accused -- to not leave the country without prior permission, to not influence the witnesses or hamper the probe.

Special Judge Bharat Parashar granted the relief to Naveen Jindal and others on a personal bond of Rs 1 lakh and one surety of the like amount after they appeared in court in pursuance to the summons issued to them on August 14.

The court has now put up the mater for December 11 for scrutiny of documents.

In its charge sheet, filed through advocates Tarannum Cheema and Samvedna Verma, the ED alleged that Jindal Steel and Power Ltd (JSPL) along with others had influenced the screening committee to allot the coal block by investing more than Rs 2 crore in illegal gratification.