Kerala Floods: The deadliest deluge in Kerala in close to a century has claimed 194 lives since August 8. 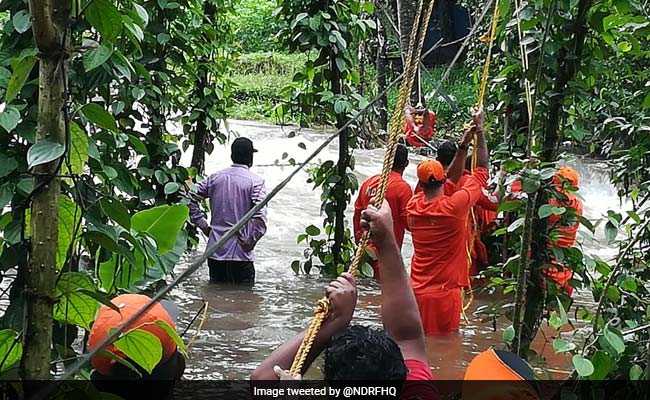 Each team of the federal disaster contingency force has about 35-40 personnel.

The National Disaster Response Force (NDRF) has evacuated over 10,000 people from the heavy rains and flood waters affected areas of Kerala till now as it said it has launched its biggest-ever relief and rescue operation in the country till date.

The deadliest deluge in Kerala in close to a century has claimed 194 lives since August 8.

A total of 58 teams of the force have been deputed to work in Kerala out of which 55 are working on ground. Three teams are on their way, a spokesperson for the National Disaster Response Force (NDRF) said.

"The force has intensified its rescue and relief operations in the flood ravaged state of Kerala.

"This is the highest ever deployment of NDRF in a single state since its raising (in 2006) and hence this becomes this becomes our biggest-ever disaster response operation till date," he said.

Each team of the federal disaster contingency force has about 35-40 personnel.

He said the teams, till now, have rescued 194 persons and 12 animals while it has evacuated a total of 10,467 persons.

"Pre-hospital treatment has been administered to 159 people till now. Operations are still on," the spokesperson said.

The spokesperson said that a control room based in New Delhi was monitoring the situation round-the-clock and was in close touch with other agencies and stakeholders involved to provide succour to the affected people.

As per information from the control room of the State Disaster Management, since August 8, 194 people have lost their lives and 36 are missing. Over 3.14 lakh people have been moved to relief camps.