As the flood situation in Kerala is getting worse by the day, rescue and relief operation has been stepped up in the state. 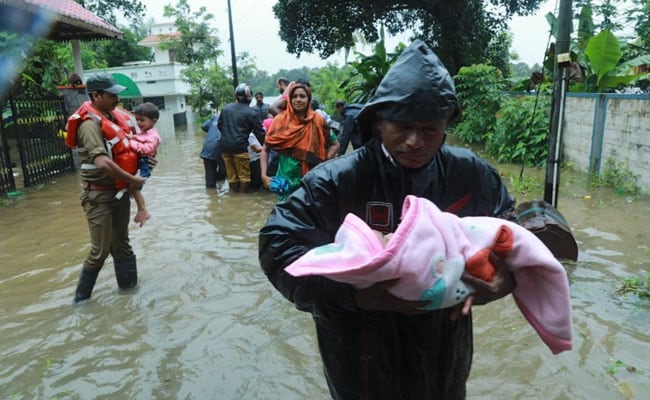 At least 73 people have lost their lives in Kerala floods.

A Crisis Management Group Committee meeting is also underway at Home Ministry over Kerala floods under the leadership of Cabinet Secretary PK Sinha.

As the flood situation in Kerala is getting worse by the day, rescue and relief operation has been stepped up in the state. Earlier today, the NDRF teams evacuated 926 persons to a safer place at Pathamithitta, Kozzhikode, Ernakulam, Thrissur and Alappuzha district. Army also built a 35-feet long bridge and rescued around 100 people including children and senior citizens from Malampuzha's Valiyakadu village.

82 tourists are still stranded inside a bus in Munnar as all routes are either flooded or blocked due to mudslides.

Kerala has been witnessing incessant rain since past few days, causing flooding and landslide in the state. So far, at least 73 people have lost their lives in the floods.