Implementation of 'One Rank One Pension' After Bihar Polls: Manohar Parrikar 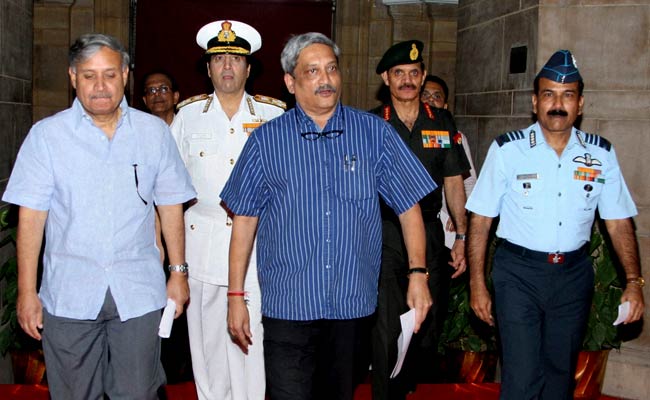 The One Rank, One Pension for retired military personnel will be implemented after the Bihar elections, Defence Minister Manohar Parrikar said on Sunday.

He also said that contentious issues including those related to premature retirement had been resolved, conceding that the inclusion of the phrase Voluntary Retirement Scheme (VRS) in the declaration announced by his ministry in September had triggered confusion.

"I think I will have to wait up for the Bihar elections. Because Election Commission is in no mood to give permission to actually issue the order. This is my understanding. I will not like to be in part of controversy," Mr Parrikar said during a public interaction near .

"The notification will be issued after Bihar election because I do not want to get notice by Election Commission," he said.

Mr Parrikar clarified that "those who get premature retirement will get OROP even in future".

"That confusion started because the word VRS was a part of the declaration. The interpretation got slightly mixed up. It was not (done) intentionally," he said.

Bihar goes to polls today with 49 seats being contested in the first phase.