Sri Lanka is facing its worst economic crisis since independence with food and fuel shortages, soaring prices and power cuts affecting a large number of the people, resulting in massive protests over the government's handling of the situation. 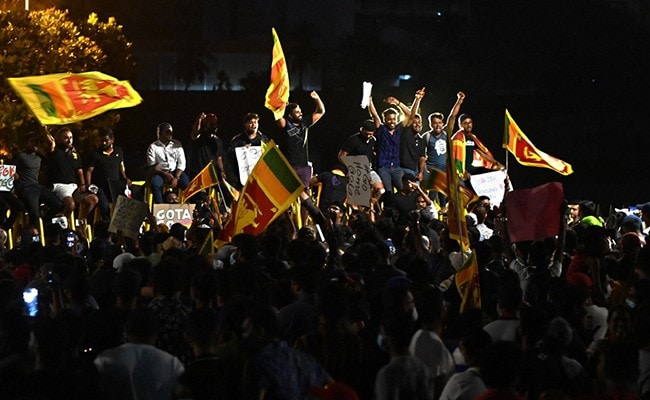 Ms Georgieva made these remarks during the Spring Meetings of IMF-World Bank (WB) in Washington DC with Ms Sitharaman.

Discussing the recent geopolitical developments, Ms Sitharaman and Ms Georgieva raised concerns about its impact on the global economy and the challenges linked to the rising energy prices.

Sri Lanka is facing its worst economic crisis since independence with food and fuel shortages, soaring prices and power cuts affecting a large number of the people, resulting in massive protests over the government's handling of the situation.

The economic situation has led to huge protests with demands for the resignation of Prime Minister Mahinda Rajapaksa and President Gotabaya Rajapaksa.

Ms Georgieva also congratulated India on its successful vaccination programme to control the spread of COVID-19. She also appreciated India for extending COVID-19 relief support to other vulnerable countries, according to the Ministry of Finance.

According to the Ministry, Ms Georgieva highlighted India's well-targeted policy mix that has helped the Indian economy remain resilient.

The Union Minister reached Washington on an official visit to attend the Spring Meetings at the World Bank, the G20 Finance Ministers meeting and the Central Bank Governor Meeting (FMCBG).

Apart from her official engagements with the World Bank, IMF, G20, and Financial Action Task Force (FATF), Sitharaman on Monday also attended an event at the Atlantic Council, a think tank based in Washington DC.

The visit will also include several bilateral interactions, including with Indonesia, South Korea, Sri Lanka, and South Africa as well as a high-level meeting with World Bank President David Malpass, a Ministry of Finance statement said.

Notably, once the meetings conclude in Washington, Ms Sitharaman will head to San Francisco on April 24, where she will engage with business leaders and will also interact with the faculty and students at Stanford University. She will depart for India on April 27.