This is the second time in four months that IMF chief Christine Lagarde has called out PM Modi on the condition of women in the country. 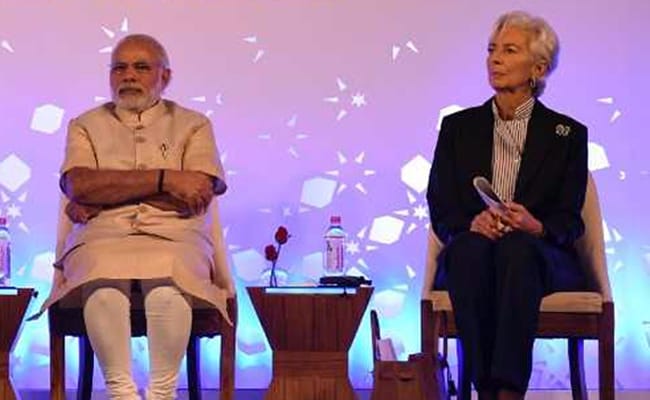 NEW DELHI: Indian authorities, starting with Prime Minister Narendra Modi, should pay more attention to women in the country, Christine Lagarde, the IMF chief, said at a media conference in Washington on Thursday.

This is the second time in four months that she has called out PM Modi on the condition of women in the country. At the World Economic Forum meet in January, Ms Lagarde said she had told PM Modi that he did not mention the women of India enough in his speech to the summit and "it's not just a question of talking about them".

"I was hoping he would have said a bit more. Wish he had talked a bit about girls and Indian women," she had then told NDTV. That nudge was grounded in economics as well. She believes economies do better when its women do better.

Ms Lagarde's fresh reminder to the Indian authorities to take care of its women comes against the backdrop of reports about an eight-year-old in Jammu and Kashmir's Kathua was kidnapped, drugged and held for several days while she was raped repeatedly and then murdered.

"What has happened (in India) is just revolting. I would hope that the Indian authorities, starting with Prime Minister Modi pay more attention because it is needed for the women of India," she told reporters when asked if India's economic reforms were inclusive enough.

The horrific details of the suffering that the young girl had endured before her death in January emerged this month when the police filed charges against the eight accused, evoking national outrage.

PM Modi was also criticised by activists and the opposition for his silence and reluctance to reign in BJP leaders who were seen supporting the accused. This case had coincided with news about another minor fighting for justice, blaming the police for not acting against a BJP lawmaker Kuldeep Singh Sengar who had allegedly raped her last year.

PM Modi did make a fleeting reference to the rapes at an event last week but many activists insist that he needs to speak, and do more.

Protests to demand that the government take concrete steps to check sexual violence against women followed PM Modi to London. One of them, Navindra Singh, an Indian-born lawyer who lives in Britain, told Reuters that the government was "doing nothing, and you feel sorry for the families because of the total injustice of it all".

Promoted
Listen to the latest songs, only on JioSaavn.com
PM Modi, who in the run-up to the 2014 elections had campaigned against the previous Congress-led coalition for crimes against women, had yesterday asked political parties to not politicise the crime.

"When a child is raped... we cannot compare these incidents in numbers for different governments. Rape is rape... How can we accept this?" PM Modi said at an event on Wednesday. A UK-based student group denied entry to this event had claimed that they didn't get the final invite because they wanted to ask him about steps that he was taking to protect women.