Salman Khan was photographed leaving for New York along with his step-mother Helen. The 51-year-old actor was seen escorting her towards the entrance as they made their way through the paparazzi. 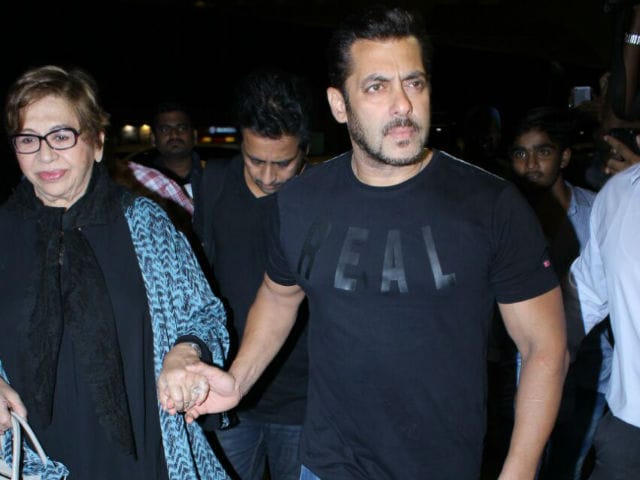 New Delhi: Bollywood celebrities are gearing up for the 18th edition of the International Indian Film Academy Awards which will be held in New York from July 13 to 16. On Tuesday, stars like Salman Khan along with his step-mother Helen, Karan Johar, Saif Ali Khan and his children Sara and Ibrahim, Shahid Kapoor and Mira Rajput with their daughter Misha, Alia Bhatt, Varun Dhawan, Ranbir Kapoor and Katrina Kaif were spotted leaving for New York at the Mumbai airport. Salman Khan was photographed escorting Helen towards the entrance. The 51-year-old actor was seen holding her hand as he made his way through the paparazzi. The veteran actress smiled for the cameras, while Salman appeared perturbed with all the media attention.

Check out the pics here. 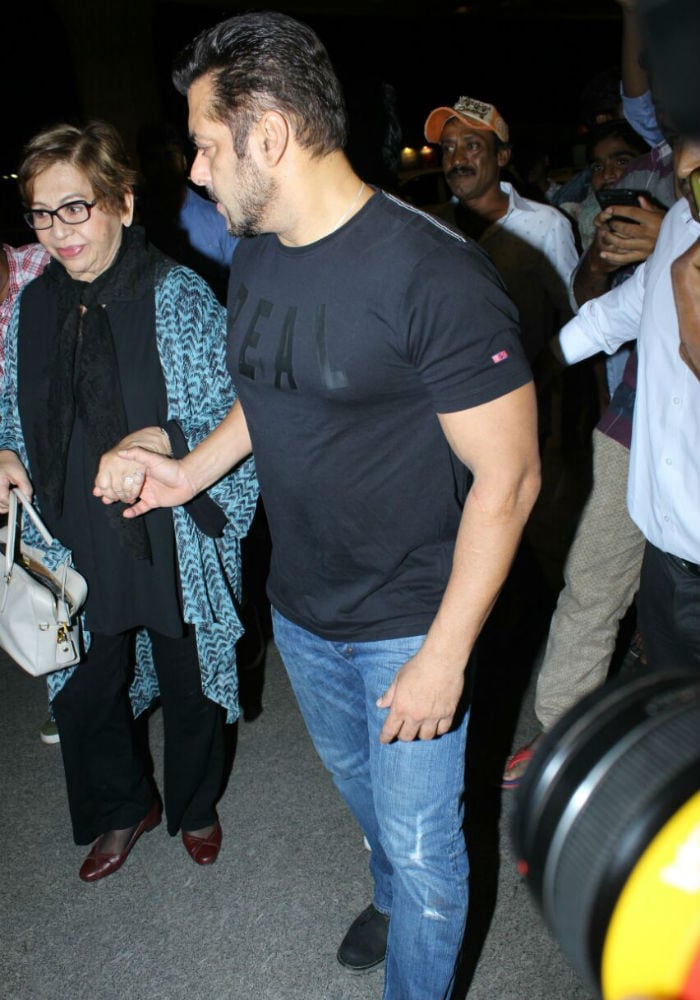 Salman Khan and Helen made their way through the paparazzi Salman Khan and Helen photographed at the Mumbai airport

Salman Khan has been nominated for Best Actor for his performance in Sultan.

Karan Johar, who will be hosting the 18th edition of the prestigious award function, was also photographed heading towards the airport. The 45-year-old filmmaker was seen dressed in a black outfit paired with a red long coat. On the other hand, his co-host of the event, Saif Ali Khan looked dapper in a blue outfit. 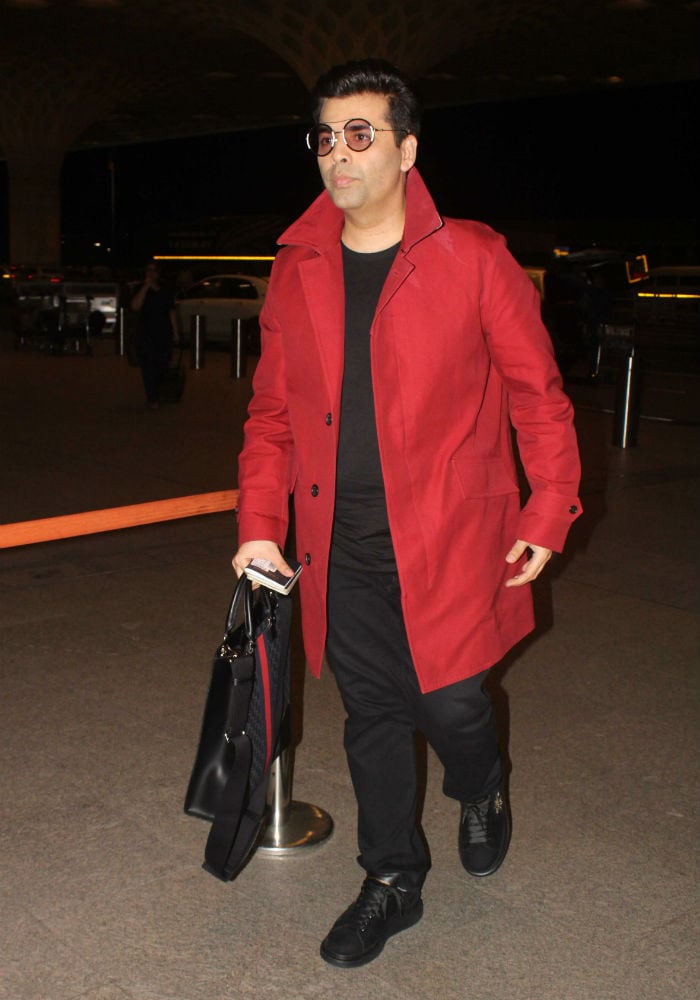 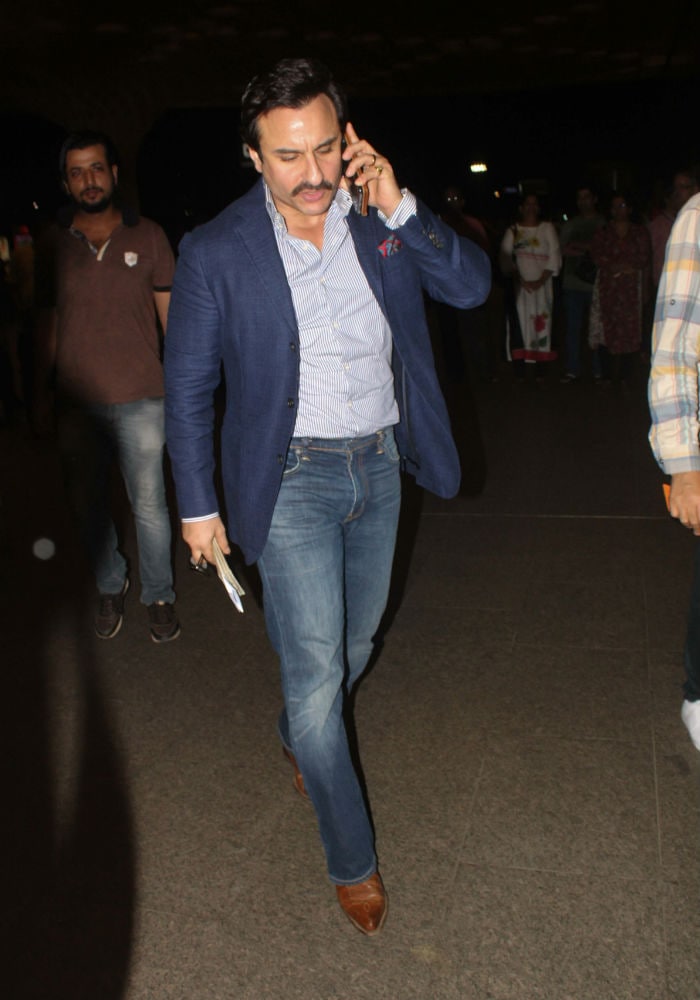 Shahid Kapoor was accompanied by his wife Mira Rajput and daughter Misha. The 36-year-old actor was seen protecting Misha from camera flash at the airport by covering her face. 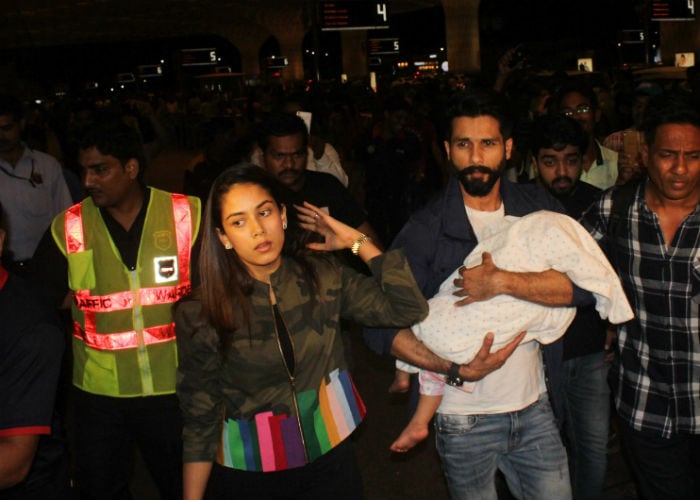 Shahid Kapoor has been nominated for Best Actor for his performance in Udta Punjab.

Varun Dhawan will be making his debut at the IIFA this year. He is expected to deliver a power-packed performance and will also be seen co-hosting a segment of the star-studded event. He has been nominated for Best Comedian for his role in Dishoom. 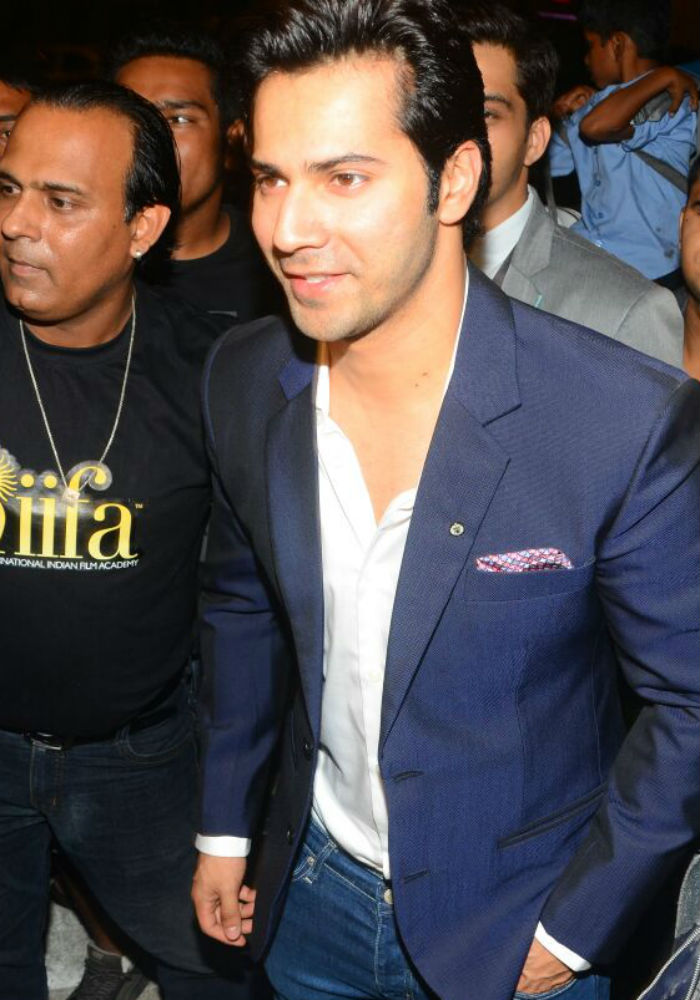 Alia Bhatt, who has been nominated in the Best Actress category for Udta Punjab and Dear Zindagi, will be making her debut at IIFA this year. 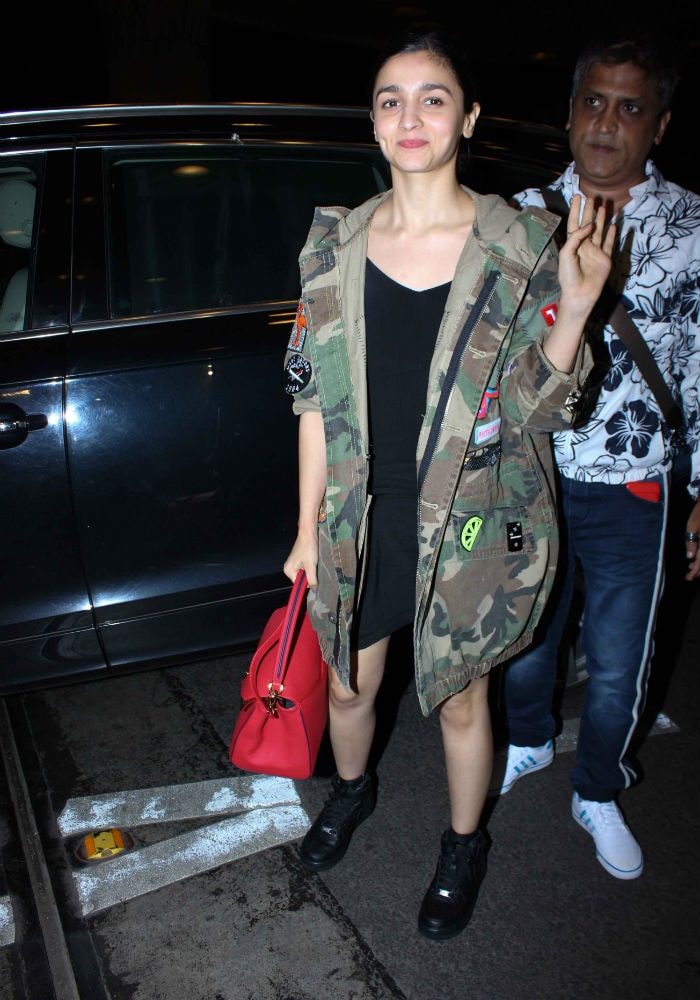 Alia Bhatt posed for the cameras

Sara Ali Khan, who will be making her Bollywood debut with Kedarnath opposite Sushant Singh Rajput, was also photographed arriving at the airport with her brother Ibrahim. 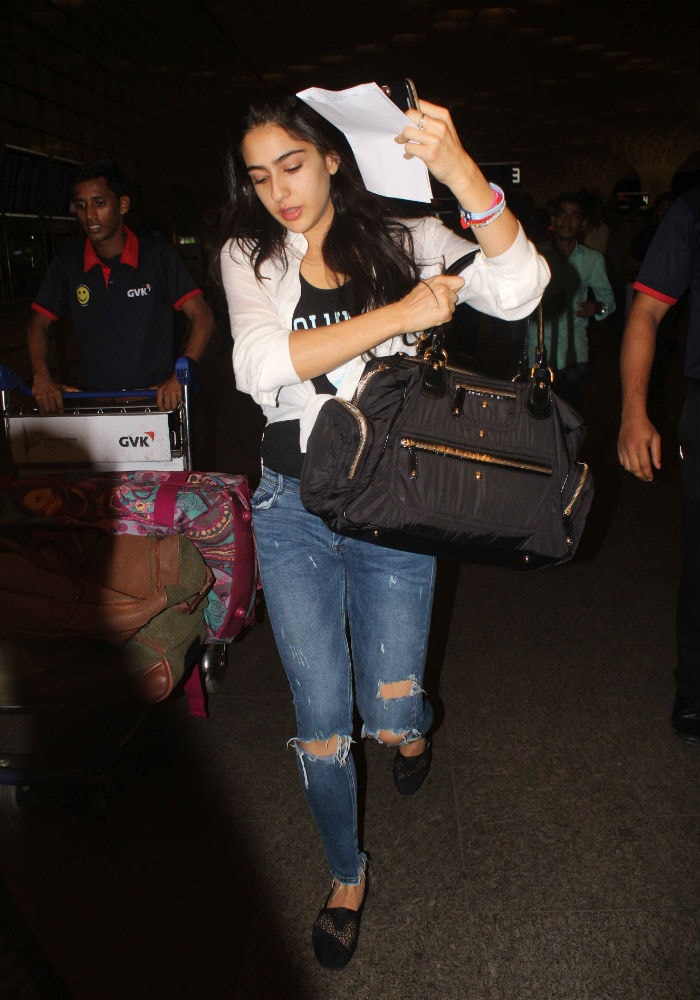 IIFA Awards are being organised by Wizcraft International Entertainment. 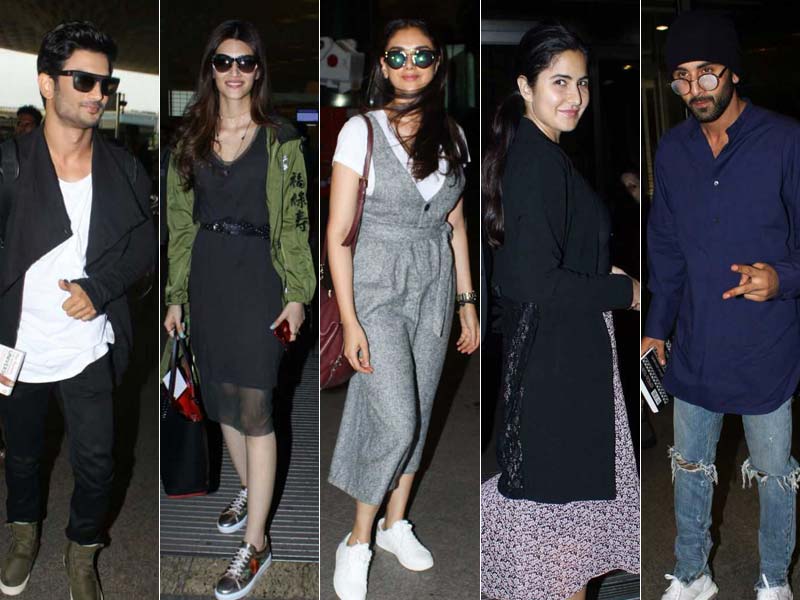 Other Bollywood celebrities spotted at the Mumbai airport 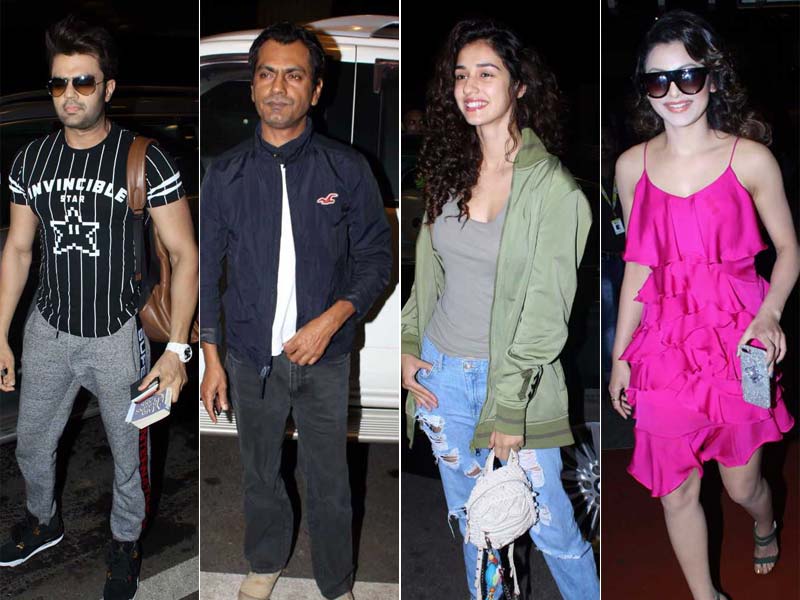 Other Bollywood celebrities spotted at the Mumbai airport

Promoted
Listen to the latest songs, only on JioSaavn.com
IIFA Rocks 2017 will be held on July 14 to celebrate 25 years of A R Rahman in the film industry. The event will be hosted by Riteish Deshmukh and Manish Paul.