Military intelligence sources have confirmed to NDTV that they were in touch with Drishti Rajkhowa for some time and that he had sent feelers that he would like to surrender. 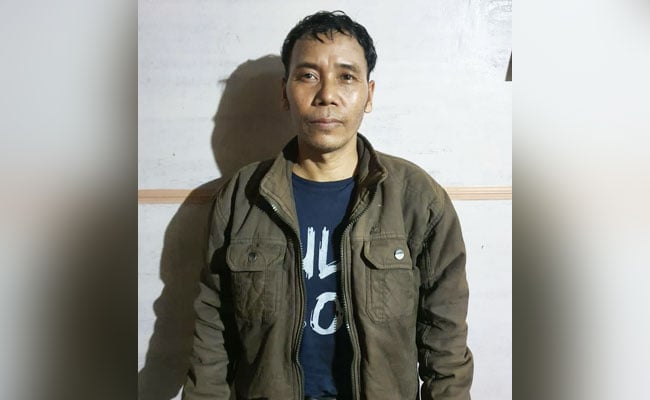 Drishti Rajkhowa, whose original name is Manoj Rabha, is from Goalpara in Assam

In a major blow to the Paresh Barua-led faction of insurgent group United Liberation Front of Asom or ULFA in Assam, one of its top leaders surrendered before security forces in Meghalaya on Wednesday.

Drishti Rajkhowa, 50, is the deputy-commander-in-chief of United Liberation Front of Asom (Independent). He surrendered in South West Garo Hills in Meghalaya, bordering Bangladesh. For close to three decades, Drishti Rajkhowa was operating from ULFA hideouts in Bangladesh and was active in the Garo Hills region of Meghalaya and in lower Assam.

Military intelligence sources have confirmed to NDTV that they were in touch with Drishti Rajkhowa for some time and that he had sent feelers that he would like to surrender. This came after Bangladesh intensified operations against militant groups from the northeast.

Meghalaya Police said barricades were placed at all vulnerable points on National Highway-62 on Wednesday after they received inputs that of Drishti Rajkowa was likely to surrender.

"At around 6 00 pm, received info that two vehicles are passing through Nongal police station suspiciously," the police said in a statement.

At around 6:30 pm, the police said one of its teams detained two vehicles. During verification, it was found that Drishti Rajkowa was inside one of the vehicles.

Along with him, three others- 25-year-old Rup Jyoti Rabha, 22-year-old Babul Rabha and 27-year-old Rahul Hazarika were detained.

They had escaped from the police at Bolbokgre in South Garo Hills and crossed over to Gaobari in Bangladesh, the police said.

Thereafter, due to heavy operation in Bangladesh, they escaped from there and contacted Indian Army officials, before surrendered in a village in South Garo Hills," Meghalaya Police said.

During the verification, the authorities found many arms and ammunitions in their possession, including an AK 81 rifle and two 9 mm pistols.

"He was under tremendous pressure. It was just a matter of time before he surrendered. He was left with no other option but to give up arms," the top police officer said. He said Rajkhowa had earlier narrowly escaped twice this year in encounters with the state police.

Rajkhowa, whose original name is Manoj Rabha, is from Goalpara in Assam. He is currently under the custody of the army intelligence and is being brought to Assam, sources said.

United Liberation Front of Asom (Independent) or ULFA (I) has been demanding an independent state of Assam. The government had banned the outfit in 1990.

ULFA General Secretary Anup Chetia was extradited to India in November 2015 from Bangladesh. Later, he joined the peace process. Peace talks gathered momentum with the coming of Chetia and the talks with the pro-talks faction of ULFA is in advanced stages, government sources said.

The Independent faction of ULFA led by Paresh Barua has been opposing talks with the centre.