The statement by the University comes amid several reports claiming 60 objectionable MMS of students were found in the girl's phone. 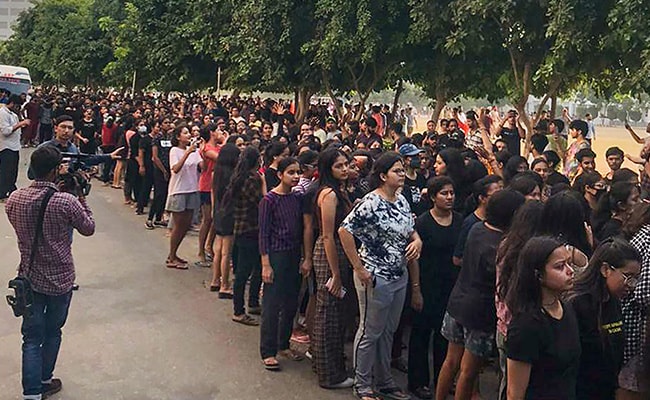 Amid raging controversy over alleged leaked videos of hostel girls, the Chandigarh University have said that no "objectionable video was made of any students except a personal video shot by a girl, which she shared with her boyfriend". The girl has been arrested

The statement by the University comes amid several reports claiming 60 objectionable MMS of students were found in the girl's phone.

"All the rumors of objectionable videos shot of other girl students are totally false and baseless," RS Bawa, Pro-Chancellor, Chandigarh University, in an official statement, said.

Here's the full statement of the University: 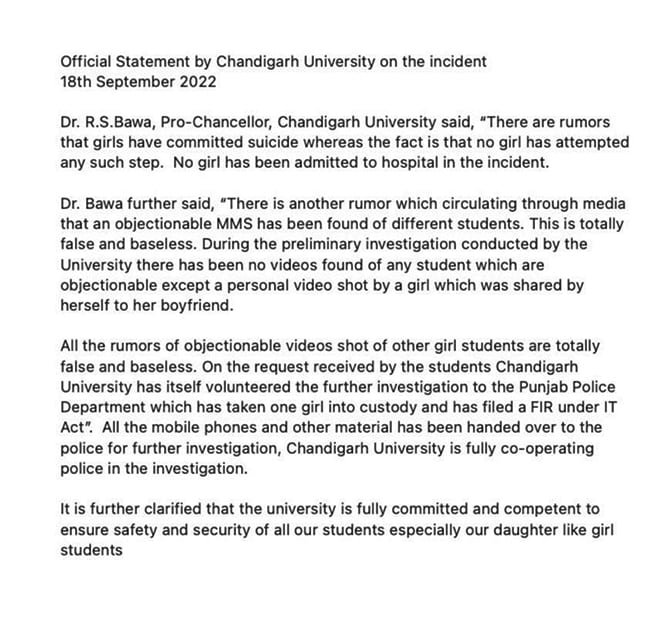 The University said all the mobile phones and other material have been handed over to the police for further investigation.

Protests were held by Chandigarh University students in Mohali on Saturday night over the alleged videos.

The university administration has also rubbished social media posts claiming that several girls attempted to die by suicide over the incident.

The Punjab government has ordered a high-level inquiry into the matter.