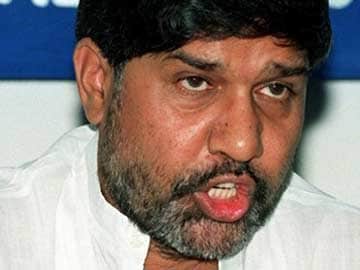 Shri Kailash Satyarthi is a champion of child rights whose work is now recognised internationally. Congratulations to him once again.

Many congratulations to Shri Kailash Satyarthi 4 #NobelPeacePrize .A moment of great pride 4 India & a befitting appreciation of his work.

Mr Satyarthi, 60, shares his award with Pakistani teen activist Malala Yousafzai. The Nobel jury said the two have been awarded for their "struggle against the suppression of children and young people and for the right of all children to education."

The jury also said it was "an important point for a Hindu and a Muslim, an Indian and a Pakistani, to join in a common struggle for education and against extremism."

Mr Satyarthi belongs to Vidisha in Madhya Pradesh. He was an electrical engineer who turned into an activist for children's rights at the age of 26.

In 1983, he founded the Bachpan Bachao Andolan (Save the Childhood Movement) to fight child labour. His efforts have helped rescue thousands of children from bondage, trafficking and exploitative labour.

India is proud of Kailash Satyarthi - congratulations on winning the #NobelPeacePrize! May your tireless efforts be an inspiration for many!

With the help of NGOs and activists, he has organized hundreds of raids on factories and warehouses where children were being made to work.

He created "Rugmark" which certifies that carpets and rugs sold abroad have been made without the labour of children. The initiative turned out to be highly successful in raising international awareness about children's rights.

Promoted
Listen to the latest songs, only on JioSaavn.com
After Narendra Modi was elected Prime Minister, Mr Satyarthi tweeted, "A tea-boy dares his detractors by becoming the PM of India. Now it's his turn to ensure that no child is forced to become a child labourer."