Borsing Bay was part of the Karbi Anglong police team which made the recovery of 3 kg of high quality meth or Crystal Ice from a bus at a check gate under Dillai police station of the district. 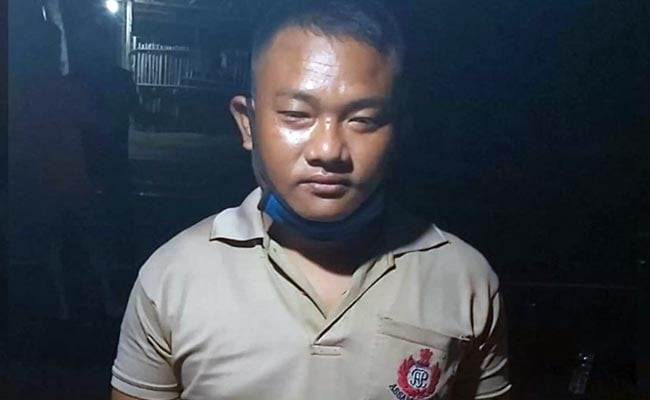 The Assam Police is leading the war on drugs from the front over the past couple of months and the honesty of a Home Guard which led to the recovery of illegal drugs worth Rs 12 crore has drawn appreciation from the Director General of Police, an officer said.

Borsing Bay was part of the Karbi Anglong police team which made the recovery of 3 kg of high quality meth or Crystal Ice from a bus at a check gate under Dillai police station of the district at around 9.30 pm on Monday.

The bus was en route from Imphal, Manipur, to Guwahati, and the drugs were found hidden in the engine of the bus.

When Bay spotted the neatly packed drugs, the driver immediately tried to bribe him with a substantial amount of money, Bitopan Chetia, officer in charge of Dillai police station told reporters later.

"But Bay did not accept the bribe and managed to seize the drugs and the bus. Three persons involved in the crime have been arrested," he added.

Along with the driver of the bus, two women from Tamil Nadu have also been arrested. Director General of Assam Police Bhaskarjyoti Mahanta has announced a reward of Rs one lakh for Bay for his act of honesty.

Meanwhile, in another operation by a team of neighbouring Nagaon Police, led by the officer in charge of Dhing police station, a priest was arrested and contraband seized from inside a temple on Monday night.

Based on specific inputs, the operation was launched in a Shiva temple located at Naam Dumdumia Satra, leading to the recovery of two packets of cannabis (Ganja), each weighing 20 kg, from the temple, police said.

The police arrested the priest, Debakanta Nath, who later confessed that he was regularly purchasing the cannabis from a peddler namely Jehirul Islam, who hails from Nagaon. Police have launched an investigation to nab the peddler.

In a separate operation by Nagaon Police on Tuesday at the office of a courier service at Fauzadary Patty of Nagaon town, led by ASP Dhrubajyoti Bora, a huge quantity of contraband drugs worth Rs 45 lakh has been seized.

Police had also seized a huge quantity of heroin from a rented house, located in the Haibargaon town area on Monday night, and arrested four drug peddlers from the spot.

Assam Police has intensified its operations against illegal drugs and cartels over the last two months, leading to huge recoveries and a large number of arrests of peddlers.