The top court had in February last year sought the actor's response to the appeal filed by Maharashtra against his acquittal by the Bombay High Court in the hit-and-run case. 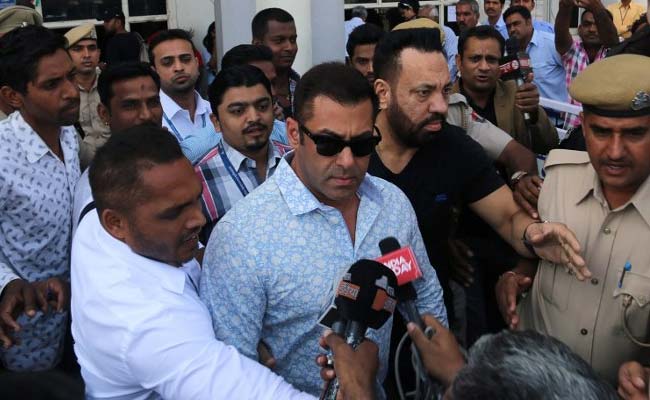 Maharashtra government has challenged the acquittal of Salman Khan in 2002 hit-and-run case.

New Delhi: The Supreme Court today agreed to hear after 12 weeks the appeal of Maharashtra government challenging the acquittal of Bollywood superstar Salman Khan in the 2002 hit-and-run case.

A bench of Chief Justice Dipak Misra and Justices A M Khanwilkar and D Y Chandrachud said it would list the plea for hearing after three months as leave has already been granted to the state government by the earlier bench.

The top court had in February last year sought the actor's response to the appeal filed by Maharashtra against his acquittal by the Bombay High Court in the hit-and-run case.

The 2002 incident led to the death of one person and injured four near Bandra in Mumbai. The trial court had awarded five-year jail term to Khan in the case.

Promoted
Listen to the latest songs, only on JioSaavn.com
The state, in its appeal, had said that the High Court judgement was a complete travesty of justice as it chose to discard the versions of the police and those injured that Mr Khan was driving the offending vehicle.

The state government had also submitted that Mr Khan's bodyguard, a police constable who was in the vehicle, had suggested that the actor was driving.