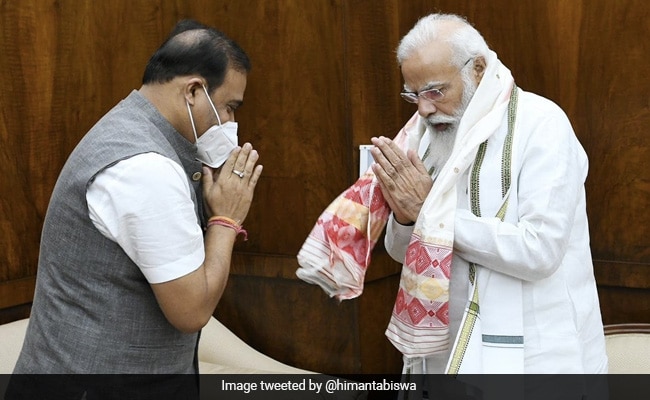 Underlining that peace and tranquility have been restored at the border with Mizoram, Assam Chief Minister Himanta Biswa Sarma today said there cannot be an overnight resolution of the decades-old border dispute between the states as it is a very complex issue.

Noting that the border disputes go back to the British era, Mr Sarma told PTI in an interview that Assam has been holding talks with other states too and faulted the previous Congress governments for not clearly demarcating boundaries while carving out new states.

Six Assam police personnel were killed in a violent clash between the police forces of Assam and Mizoram last month over the border dispute between the two states following a fresh escalation of tension.

Mr Sarma, who is on a four-day visit to the national capital, met Prime Minister Narendra Modi today.

However, he added that as of now the issue between the two states has been resolved.

"We have discussed and settled the issue for the time being. I am in touch with the Mizoram chief minister and speak to him at least twice a day," he said.

Mr Sarma said there were problems related to "our borders for the last several decades" and last September, "mistrust and differences" between the two states increased, resulting in this violent incident, but now the situation is peaceful.

"The governments of Assam and Mizoram have issued a joint statement urging for peace and tranquility. As of now, things are normal, traffic is moving to Mizoram as usual. I can say as of now the situation is normal, peaceful and there is no tension," Mr Sarma said.

Mr Sarma blamed the Congress for border disputes between the states in the Northeast as the party, which ruled the country for decades, didn't demarcate the boundaries.

"...when Congress created a state (in north-east) it didn't demarcate the boundary and annexed in the law itself which created the state.

"The Congress never wanted a united North-East, that's why it left us to fight for our borders. But it could have been done better at the time of the creation of states. So over the period of time mistrust increased but now we are trying to resolve it," the Assam Chief Minister said.

Northeastern states are different from each other but they have commonalities as well, so for resolving the disputes, "we need to look at our commonalities", Mr Sarma said.

"We, the North-eastern states, are talking to each other and

a long-term solution can be achieved by discussing the issue. Sometime over the table, we would be able to resolve it," Mr Sarma said.

Talking about Assam's border disputes, he said the government has been holding discussions with Meghalaya and Arunachal Pradesh as well.

"With the state of Meghalaya, we are progressing well. We have started a discussion with Arunachal Pradesh. At least now states are talking about borders. Discussing among themselves or at least with one or two states, we might have a solution," he said.