The incident had occurred on August 31 and a case was registered under the Indian Penal Code, the police said. 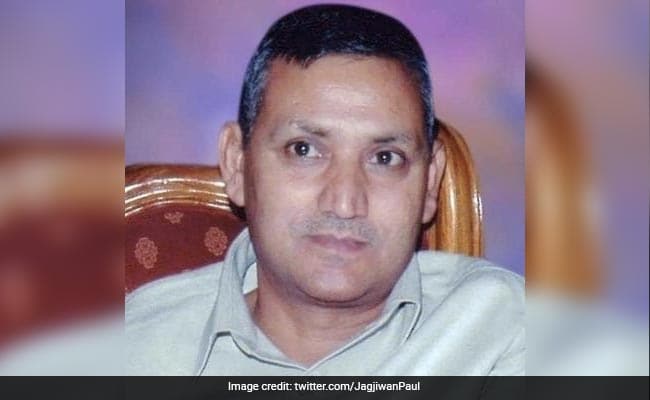 A video, purportedly showing former Himachal Pradesh Congress MLA Jagjiwan Paul being slapped in Kangra, surfaced on social media on Friday, inviting severe criticism of the incident by the party's leaders in the state.

The incident had occurred on August 31, and a case was registered under the Indian Penal Code, Kangra Superintendent of Police Khushhal Sharma said.

Former Sullah MLA Jagjiwan Paul and some others had staged a dharna there, protesting against the spot of the foundation stone and wanted it somewhere else, he added.

During the dharna, a person suddenly approached and manhandled Mr Paul even though the police were present, Mr Sharma said.

The person was detained, and the former MLA was asked to undergo a medical examination to initiate legal action but he refused, he added.

The police then recorded Mr Paul's statement on the spot and registered the case, Mr Sharma said.

Several Congress leaders, including Leader of Opposition in the state Assembly Mukesh Agnihotri, condemned the incident after the video went viral on social media.

Mr Agnihotri alleged that BJP workers had slapped the former Congress MLA in the presence of the police.

State Congress president Kuldeep Singh Rathour issued a statement alleging, "Jungle raj is going on in the state where BJP people associated with power are beating anyone and anywhere."