'He Is A Martyr, I Am Proud Of Him,' Says Soldier Prem Sagar's Brother, Also In The BSF 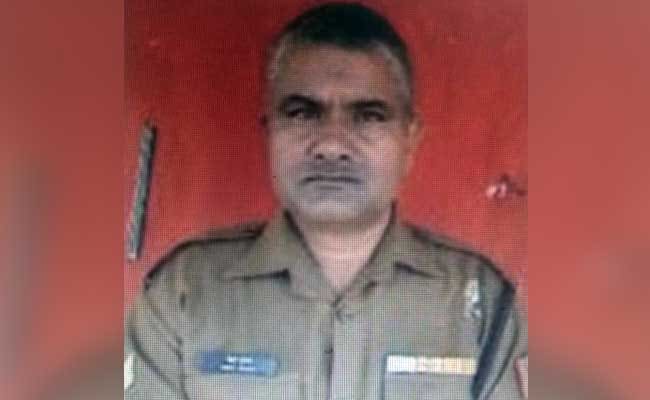 Head Constable Prem Sagar was one of the jawans killed in unprovoked firing by Pakistan.

New Delhi: Head Constable Prem Sagar, 50, of the Border Security Force (BSF) spoke to his wife Gyanwati Devi on phone early on Monday morning and asked about her health and whether her blood pressure was under check. Hours later the soldier's family in a village in Uttar Pradesh's Deoria learned that he had been killed and mutilated by Pakistani soldiers. Hundreds of people have been gathering at his home to pay tribute.

"My brother is a martyr and I am very proud of him. I request Prime Minister Narendra Modi that the way they are beheading our soldiers, we should too," said Head Constable Sagar's brother, Daya Shankar Prasad, who is also a BSF jawan.

Head Constable Sagar was on patrol duty this morning between two forward posts along the Line of Control in Jammu and Kashmir as part of a team of 10 BSF and Army soldiers, when Pakistani troops opened unprovoked fire, using rocket-propelled grenades and mortars. Sources said that Pakistan's Border Action Team (BAT) crossed the Line of Control and ambushed the patrol team. When it took cover, Head Constable Sagar and Naik Subedar Paramjeet Singh of the Army were left behind. They were killed and their bodies were mutiliated.

The Army, which retaliated to the Pakistani firing immediately with heavy mortar fire, has warned of an "appropriate response" for the "despicable act."

Naik Subedar Paramjeet Singh was from the Army's 22 Sikh regiment. He belonged to Punjab's Tarantaran and is survived by his wife, Paramjit Kaur.

Promoted
Listen to the latest songs, only on JioSaavn.com
Head Constable Prem Sagar was from the 200th batallion of the BSF. He joined the force in 1994. He is survived by his wife and four children, three of who are still studying in school. The body of the BSF constable is likely to reach his village tomorrow evening.