Ms Phogat said it is because people of Adampur wants development in the constituency. 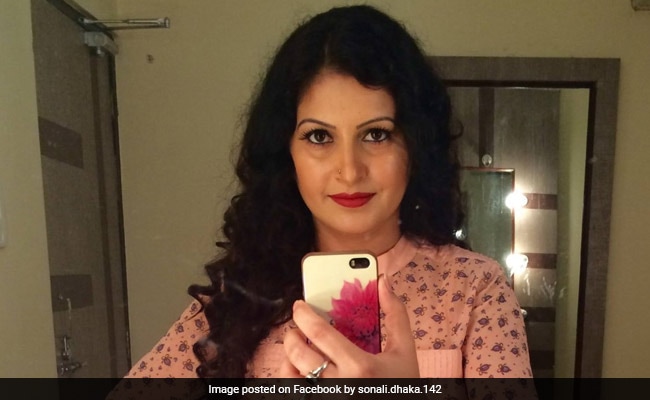 TikTok star and BJP candidate Sonali Phogat today expressed confidence that the BJP will win Adampur assembly constituency in Haryana. Ms Phogat, who became famous with her TikTok videos, is contesting the assembly elections in Haryana on a BJP ticket from Adampur. She is up against senior Congress leader Kuldeep Bishnoi, a three-time MLA from the constituency and son of former chief minister late Bhajan Lal.

"As the talks are going on everywhere that BJP is going to win these elections, I am sure, in Adampur as well, BJP will win," she told ANI before the counting began.

On how she is confident about her win, Ms Phogat said it is because people of Adampur wants development in the constituency.

"Yes, the Adampur seat did belong to a particular family but now people have made their minds that they want development," she said.

The BJP worked for this constituency even when we didn't win from this seat, she said. Ms Phogat's rival Mr Bishnoi is also the son of former chief minister Bhajan Lal.

Ms Phogat said being a TikTok star did help because people already knew her.

"They asked me what are you going to do? I have promised the people that I will work for the people of this constituency no matter what," she said.

Rejecting some exit polls that suggested a tough battle for the BJP in the state, the BJP candidate said, "ML Khattar will be the chief minister."

Counting of votes in Haryana is going on. In the 2014 elections, BJP won 47 seats and formed the government on its own, while the Congress managed just 15 seats. The INLD finished second with 19 seats.