Congress' Harish Rawat, At Helm Of Losing Side In Uttarakhand

Born in Mohnari village of Almora district into a family of Kumoni Rajputs, 73-year-old Harish Rawat is a graduate with a law degree from Lucknow University. 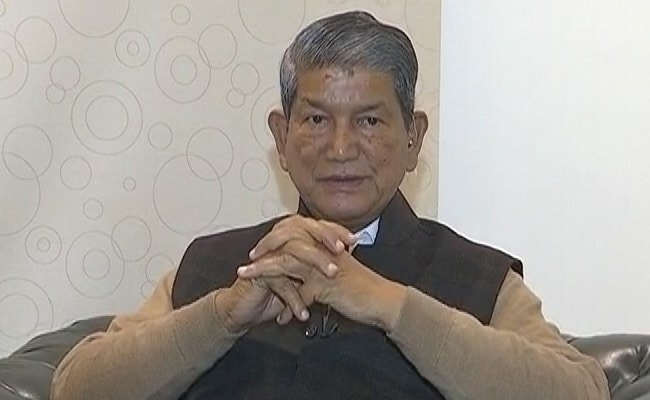 In the last Assembly elections too, Harish Rawat had lost the both seats he had contested.

Congress campaign head in Uttarakhand Harish Rawat created a flutter in political circles last December, alleging non-cooperation from his party leaders and noting that he sometimes feels it is time for him to rest.

His outburst forced Congress leader Rahul Gandhi to step in and hold frantic parleys to brought about a truce between warring factions in the party ahead of the state Assembly polls.

However, the attempt by the Congress leadership failed to turn the party's fortunes in the state, with Mr Rawat trailing from his own constituency Lalkuwa and the party set to lose the elections.

The former state Chief Minister had to change his constituency from Ramnagar to Lalkuwa in the run-up to the polls due to party leader Ranjit Rawat's opposition.

In the last Assembly elections too, Harish Rawat had lost the both seats he had contested.

The defeat in the elections has put a question mark on the five-time MP and former Union minister's political future.

Born in Mohnari village of Almora district into a family of Kumoni Rajputs, 73-year-old Mr Rawat is a graduate with a law degree from Lucknow University.

He has held several key positions in the party, including that of the state Congress president from 2002 to 2007.

He had earlier served as Union Minister of Water Resources in the cabinet of Prime Minister Manmohan Singh from 2012 to 2014.

He became the Chief Minister of Uttarakhand for the first time in 2014 when Vijay Bahuguna, then in the Congress, resigned following his criticism over the handling of the Kedarnath tragedy.

Earlier, he had narrowly missed the opportunity of becoming the chief minister in 2002 when Congress veteran ND Tiwari was given the top job.

After being sworn in as the seventh chief minister of Uttarakhand in February 2014, he remained on the post until a rebellion against him by nine Congress MLAs reduced his government to a minority.

The sudden turn of events subsequently led to the imposition of the president's rule in Uttarakhand, which lasted less than two months.

He was reinstated as Chief Minister as he won a Supreme Court-monitored floor test in the state Assembly.

After he lost the Assembly polls in 2017, he was made AICC general secretary incharge of Assam and then of Punjab, a post he held until recently.

His stint as AICC general secretary incharge of Punjab saw the resignation of Amarinder Singh as the chief minister.

After that he requested the party leadership to relieve him of his responsibilities in Punjab so that he could focus more on the Uttarakhand polls.