The BJP MLA further said that earlier, the Shiv Sena had given priority to Marathwada and had taken a strong stand against the crop insurance companies. 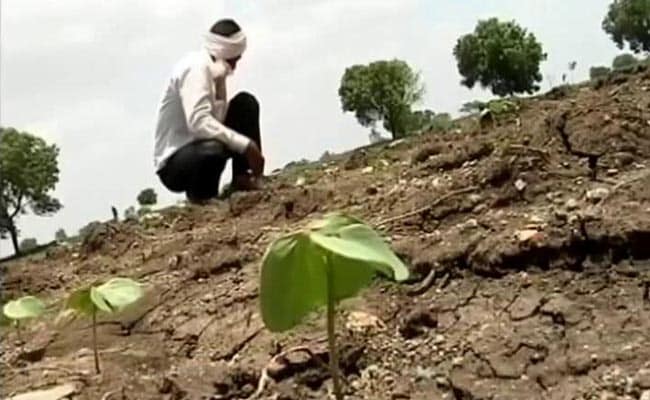 Marathwada is one of the drought-prone region in Maharashtra. (File)

Certain water and irrigation schemes are being halted in Marathwada, and there is fear that this may lead to farmer suicides in the drought-prone region if it doesn't get sufficient rainfall, BJP MLA Prashant Bamb has said.

The legislator, who represents Gangapur constituency in Aurangabad district, claimed that he had made several attempts to meet Chief Minister Uddhav Thackeray to discuss the issue.

"The water and irrigation schemes, especially designed for Marathwada region, are coming to a halt. Clearances for the water grid project had been fast-tracked and tenders for this scheme were floated. However, the scheme worth Rs 45,000 crore was halted and just Rs 250 crore was given to a scheme in Paithan taluka. Moreover, Jalyukt Shivar scheme is not being implemented in the region," Mr Bamb said in a virtual address.

The BJP MLA further said that earlier, the Shiv Sena had given priority to Marathwada and had taken a strong stand against the crop insurance companies.

However, the companies are now not paying farmers for the losses, and if the region does not receive sufficient rainfall, there is a fear that farmers may commit suicide, he claimed.

"I have written 19 letters to the state government on various issues, but haven't received any response on the same," Mr Bamb said.