Hailstorm Likely In Vidarbha, Parts Of Maharashtra In Next 2 Days

Weather update: Parts of Maharashtra could get rain and hailstorm in the next two days, the India Meteorological Department said 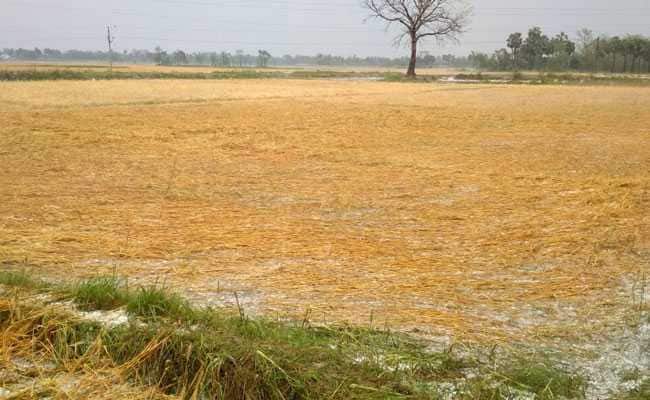 Parts of Maharashtra likely to get rain and hailstorm: IMD (file photo)

Hailstorms are likely at some places in Vidarbha and Marathwada regions of Maharashtra in the next two days in view of the moisture-laden winds from the Bay of Bengal, an official of the India Meteorological Department said on Wednesday. This poses a threat to the Rabi crops, which have still not been harvested.

Gondia and Nagpur districts in the Vidarbha region received thunder showers on Tuesday, the weather official said. There are chances of hailstorm over Vidarbha and Marathwada in the next two days.

Later on, due to likely southwestward shifting of the wind discontinuity zone, Madhya Maharashtra and Marathwada are likely to experiencing thunderstorm / lightning / hailstorm activities during 17th-18th February.

"The upper air pressure is around 650 Hectopascal (hPa), leading to a 50 per cent chance of hailstorm over Marathwada and Vidarbha. If the pressure drops even to 50 hPa, there will definitely be a hailstorm over the same region. We are closely monitoring the situation," said the IMD official.

"The trough developed over Maharashtra's eastern region is shifting away from the state. The possibility of thunderstorms and hail has been predicted for Thursday and Friday. The weather is likely to remain dry after that," according to the IMD.

Due to the moisture-laden winds, Gondia district reported seven milimetre rain and Nagpur recorded 0.2 mm on Tuesday. There could be light showers in neighbouring districts as well.