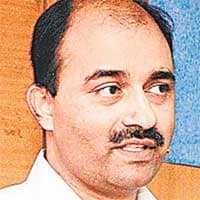 Gandhinagar: Senior IPS officer Rahul Sharma was today chargesheeted by the Gujarat government for passing on call records to the Nanavati Commission probing the post-Godhra riots in 2002 without informing the state administration.

Mr Sharma has been charged on four counts under the Official Secrets Act for gross professional misconduct.

According to the chargesheet, Mr Sharma was asked to assist the probe by the police commissioner on May 28, 2002 in the Naroda massacre case. But, he instead, collected the call data of May 14 and 25 even before he was asked to assist in the investigation. He has, hence, been charged for unauthorised data collection. He has also been charged for not informing the Investigating Officer (IO) and still making a copy of the call records.

Mr Sharma received the voluminous chargesheet at around 7 am at his residence in Gandhinagar.

The top cop was served a showcause notice in February this year. Sources had earlier told NDTV that a chargesheet against him was likely soon.
The chargesheet against Mr Sharma comes just a day after the Gujarat High Court rejected his writ petition asking why documents were not being given to him which could help him build his defence in replying to the showcause notice served to him by the Modi government.

Mr Sharma had sought information under the Right to Information (RTI) to reply to the showcause notice.

Phone records collected by Mr Sharma between February 27 and March 4, 2002, purportedly show that during the riots in Gujarat after the burning of the Sabarmati Express in Godhra on February 27, 2002, rioters on the streets were in touch with policemen and politicians. The government has alleged that some of these records are inaccurate and that a CD given by Mr Sharma to the probe panel is doctored.

Mr Sharma is currently posted as Deputy Inspector General (DIG), armed units, in Rajkot. He was the Deputy Commissioner of Police in the Control Room at the time of the riots. In February this year, he was served the showcause notice detailing the charges against him and asking why he should not be chargesheeted.

Mr Sharma's case has sparked off more political sparring. "The BJP government in Gujarat is stifling all opinion which goes against them," Union Minister for Information and Broadcasting, Ambika Soni, had said.

Congress spokesperson Manish Tiwari was stronger in his criticism. "The Gujarat government is pulling out all stops to see that the truth about the Gujarat massacre remains buried forever. We had earlier pointed out that the allegations made by Mr. Sanjiv Bhatt are extremely serious in nature because they deal with travesty and obstruction of justice", he said.

Mr Bhatt's suspension order came just three days after he told the Supreme Court that the state government, which is meant to prosecute those accused of the communal riots of 2002, has actually been leaking information for use in their defence.

Promoted
Listen to the latest songs, only on JioSaavn.com
Mr Bhatt made headlines in the last few months after he told the Supreme Court that he attended a meeting on February 27, 2002 which was chaired by Chief Minister Narendra Modi. Five days before that meeting, 59 people were killed in a train near Godhra; most of them were kar-sevaks on their way back from Ayodhya. Communal tension was surging through the state.

Mr Bhatt was posted with the State Intelligence Bureau at the time. He has said that at the meeting, the Chief Minister told the policemen to remain indifferent to calls of help from those being attacked by rioters.