GST Faces Its Biggest Challenge Yet After A Big Court Ruling

Finance ministers from the opposition-led Kerala, West Bengal and Chhattisgarh have said they will raise the issue at a meeting of the GST Council this month. 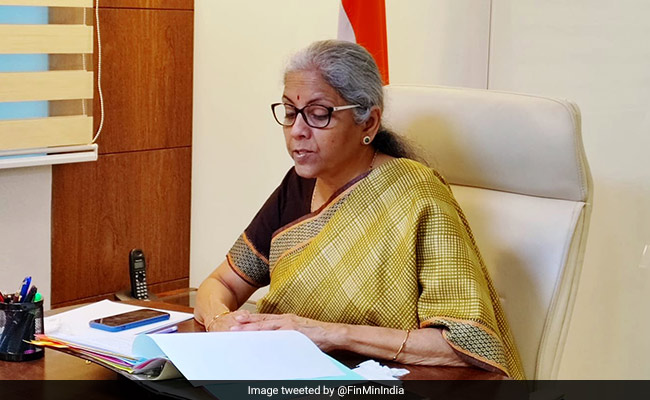 Several states are pressuring the ruling government to extend a program to continue compensation for losses from Goods and Services Tax (GST) or risk a stalemate in attempts to further simplify the structure. It poses the biggest challenge yet to the country's most significant tax reform in decades.

Finance ministers from the opposition-led Kerala, West Bengal and Chhattisgarh have said they will raise the issue at a meeting of the GST Council this month.

Tamil Nadu and Bihar will also support the push, according to people with knowledge of the matter, who asked not to be identified as they aren't authorized to speak with the media.

States are emboldened to take on the federal administration after the Supreme Court ruled last month that the GST Council's decisions are non-binding. If the Council, headed by Finance Minister Nirmala Sitharaman doesn't agree, the states could unilaterally raise revenue with other taxes that goes against a push to standardize such duties across the countries.

"This is not an ego tussle between the center and states," said Chhattisgarh's TS Singh Deo. "The idea is to ensure an increase in revenue and if it doesn't happen through the council then it will have to be from other avenues. This was supposed to be 'one nation one tax' and not 'one nation one budget.'"

Under the GST law, the government has to compensate states for five years through June 2022 for giving up their tax-making powers and gaining their support for the consumption tax. The program cost $103 billion over the period. Several states want this to continue as it has become a key source of income to pay for salaries, subsidies and infrastructure development.

Giving in to states' demands may complicate finances at a time when Asia's third-largest economy is grappling with soaring prices as recovery gathers pace after the pandemic-induced slump. The government's $26 billion inflation-fighting plan risks widening fiscal deficit for the current year to 6.8% of gross domestic product, from 6.4, according to analysts at Nomura Holdings.

The government has paid GST compensation until end-May to the states with only the June payment pending.

Last year, the Council extended the period of a levy that funds the compensation to states and said the money collected would go toward servicing the compensation amount borrowed during the pandemic.

The tussle over GST compensation comes as the government and several opposition-led states are increasingly at odds with each other over issues ranging from distributing funds for Covid relief and farm laws to regional languages.

The court ruling on GST goes some way in changing this situation.

"GST had curtailed the power of states and now this order will give some freedom to states," said KN  Balagopal, finance minister of Kerala. "We would surely press for it in the upcoming GST meeting."

Revenue Secretary Tarun Bajaj has said the GST Council has helped improve the ease of doing business and that all decisions so far were made by consensus, local media reported.

The states, especially those led by opposition parties, have argued that their concerns of revenue losses following decisions taken by the council or even local tax issues aren't taken on board during meetings. They have been at loggerheads with Modi's administration as they struggle with dwindling finances.

Deo of Chhatisgarh said states may explore imposing a cess on certain goods to raise revenue if the federal government doesn't agree to extending compensation payouts.

In the end, the GST council meetings will see the states and center "negotiate pragmatically" on issues," said Abhishek A Rastogi, a partner at law firm Khaitan & Co. If there are disagreements on the recommendations given by the GST Council, "the states may opt not to follow by giving logical reasons and ensuring that the harmony is maintained," he added.