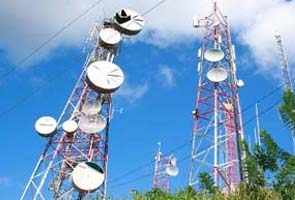 New Delhi: The government will begin the auction for 2G telecom spectrum today at 9 am. Five companies - Bharti Airtel, Idea, Vodafone, Videocon and Telenor-promoted Telewings - have confirmed they will participate.

In February this year, the Supreme Court had cancelled 122 licenses for cellphone operators issued in 2008 by then telecom minister A Raja. The companies had paid Rs. 1,600 crores for each license; they were not charged separately for second-generation or 2G airwaves.

Instead of auctioning the entire spectrum freed from cancellation of licences, the government is auctioning a maximum of 11 blocks of airwaves frequencies in each circle, barring Delhi and Mumbai where there are only eight blocks, to attract high price for spectrum.

The Supreme Court had allowed the companies, whose permits were cancelled, to get spectrum reallocated for continuing their business if they win rights for the airwaves frequencies in the auction.

The government has fixed the starting price for spectrum in the auction at Rs 14,000 crore for 5 Mhz of GSM spectrum on pan-India level which is around seven times more than the price of Rs 1,658 crore at which telecom companies were given pan-India permits between 2001 to 2008. Telecoms say the new price is forbiddingly high and will force higher rates for cellphone calls.

The Comptroller and Auditor General (CAG) has estimated that allotment of permits in 2008 at 2001 prices caused loss to government exchequer to the tune of around Rs 1,76,000 crore.

Out of eight companies whose licences were cancelled, only three companies -- Idea Cellular, Videocon and Telenor (majority stakeholder in Uninor) -- have submitted bids for auction of airwaves frequencies.

These companies will have to win at least 5 Mhz of spectrum, divided in blocks of 1.25 Mhz each, to continue their services in areas where their licences were cancelled.

Telecom major Airtel and Vodafone are also participating in the auction to buy additional airwaves frequencies. These players can bid for maximum of two blocks in a telecom area.

Since there has been partial impact on permits of Idea Cellular, the company will need to bid for at least four blocks of spectrum, amounting to 5 Mhz of airwaves, in seven telecom circles to continue its operations.

These circles include Tamil Nadu (including Chennai), Kolkata, West Bengal, Orissa, Assam, North East and Jammu and Kashmir service areas. In rest of the circle, Idea Cellular can bid for maximum of two blocks only like Airtel and Vodafone.

Industry experts, however, are pessimistic over whether the auction can fetch government the Rs 40,000 crore target it seeks to achieve by selling spectrum.