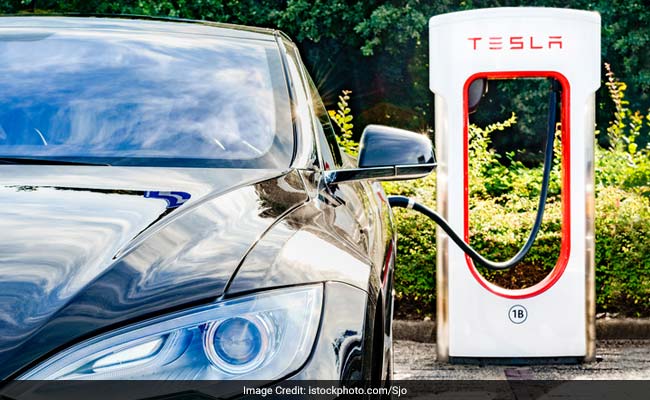 Tesla CEO Elon Musk confirmed plans to launch in India. Tesla is looking to set up a manufacturing plant

New Delhi: The government's top brass, led by Finance Minister Arun Jaitley, will brainstorm on Thursday on how best it can push large-scale adoption of electric vehicles in the country, ahead of the roll-out of FAME India - the national mission on electric mobility. At the meeting scheduled for February 23, Power, Coal, Mines and New & Renewable Energy Minister Piyush Goyal will make a presentation explaining the various aspects related to increased use of electric vehicles like rise in power consumption, impact on the environment and how economies of scale can make it viable for India, sources told news agency PTI.

According to experts, several factors including higher cost of vehicles, power outages, lack of charging infrastructure and dearth of facilities for eco-friendly disposal of batteries to curb pollution are among the factors inhibiting consumers from buying electric vehicles in India.

To promote eco-friendly vehicles, the government has been offering incentives on electric and hybrid vehicles of up to Rs 29,000 for bikes and Rs 1.38 lakh for cars under the FAME India scheme launched last year.

The scheme has since been in a pilot phase, and a nation-wide roll-out is scheduled from April 1. Apart from Mr Goyal, NITI Aayog Vice-Chairman Arvind Panagariya and representatives from Ministries like Railways, Defence, Heavy Industries and Road Transport & Highways will also be present in the meeting to provide inputs on ways to increase the adoption of electric vehicles, sources said.

At present, the Department of Heavy Industries is the nodal agency for implementing the FAME India scheme. However, other wings of the government, especially the one headed by Mr Goyal, would also play a key role in facilitating promotion of clean energy.

FAME India - Faster Adoption and Manufacturing of Hybrid and Electric vehicles in India - is a part of the National Electric Mobility Mission Plan. In Budget 2017-18, Rs 175 crore has been earmarked for the FAME India scheme as against the revised and budget estimates of Rs 122.90 crore for the current financial year.

However, experts believe that the provision of funds is insufficient to incentivise the use of electric vehicles. The Heavy Industries Ministry had estimated a total requirement of about Rs 14,000 crore for the programme.

In 2013, the then UPA Government had also launched the National Electric Mobility Mission Plan (NEMMP) 2020. It aimed to achieve national fuel security by promoting hybrid and electric vehicles in the country.

Promoted
Listen to the latest songs, only on JioSaavn.com
It had set an ambitious target to achieve sales of 6-7 million hybrid and electric vehicles year-on-year from 2020 onwards. The government has been keen to provide fiscal and monetary incentives to kickstart this nascent technology and boost sales of electric and hybrid vehicles.

Elon Musk, CEO of American electric car company Tesla is also interested in making its entry into India. Last year, Elon Musk had confirmed Tesla's India plans. He had also said that there will be an India-wide Supercharger network. According to Tesla's Chief Information Officer, Jay Vijayan, the company is planing to build a manufacturing plant in India.