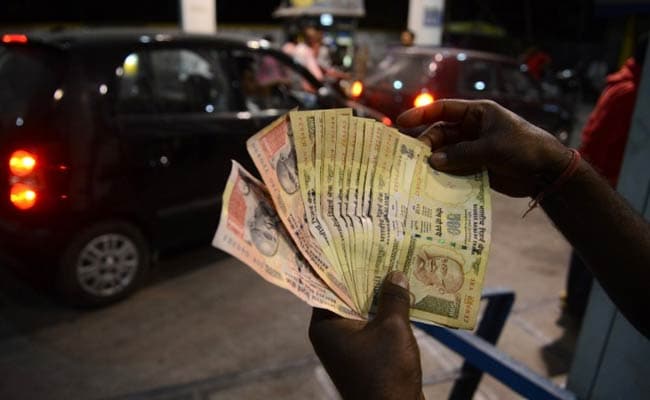 Possession and transfer of more than Rs 10,000 in banned notes will be punishable under the new law.

New Delhi: The government is planning an ordinance or executive order to bring a new law under which possessing, transferring or receiving an amount of over Rs 10,000 in banned 500 and 1,000-rupee notes will be a punishable offence. The maximum number of banned notes, of any denomination, that a person will be allowed to have is 10.

The ordinance has to be issued before December 30, the deadline for people to deposit old notes that they are holding in their bank accounts, sources said.

Punishment for breaking the proposed law is still to be finalised, but sources said a fine of a minimum of Rs 50,000 or five times the amount in question -- whichever is higher -- is likely. There will be a criminal liability and a municipal magistrate will hear cases involving violation and decide on penalty.

The draft ordinance includes recommendations of the central board of directors of the Reserve Bank. After December 30, banned notes have to be directly deposited in the Reserve Bank of India or RBI and a grace period will be specified later.

Prime Minister Narendra Modi banned 500 and 1,000-rupee notes on November 8 with an aim to flush out black money and stop money laundering and counterfeiting of notes. The move took out 86 per cent of money in circulation or Rs 15.44 lakh crore. More than 13 lakh crores in old notes has already returned to the banking system in deposits, the RBI has said.

With the government restricting the amount of money that people could deposit without scrutiny or exchange over the counter at banks and post offices after the sudden ban, there were reports of people with undeclared cash burning banned notes, submitting them in temples or simply abandoning them. There was report on old notes floating down the river Ganga.

Promoted
Listen to the latest songs, only on JioSaavn.com
The government has offered a one-time window for people to deposit their undeclared money in old notes and pay 50 per cent in tax and penalty. If they are caught by the taxman, they will pay almost 90 per cent of the amount they have.

A move last week to restrict deposits of old notes in the last few days before the deadline to 5,000 rupees without questions being asked, was withdrawn last week.