Google Doodle: In 1960, Sivaji Ganesan made history as the first Indian performer to win Best Actor at an international film festival for his historical movie "Veerapandiya Kattabomman". 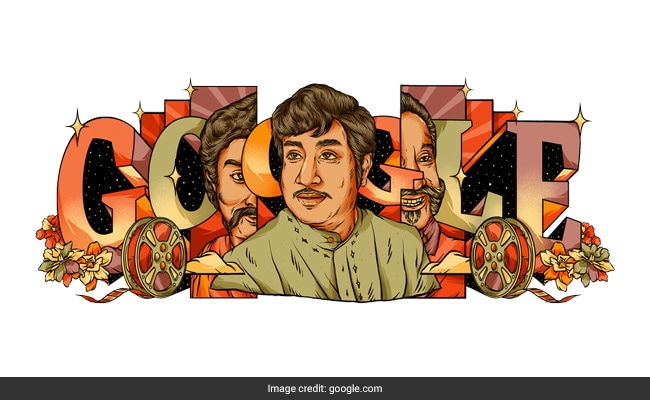 The eye-catching doodle has been created by India-based guest artist Noopur Rajesh Choksi.

Google today celebrated the 93rd birthday of Sivaji Ganesan, one of India's first method actors and widely considered among the nation's most influential actors of all time.

The eye-catching doodle has been created by India-based guest artist Noopur Rajesh Choksi.

On this day in 1928, Sivaji Ganesan was born as Ganesamoorthy in Villupuram, a town in the southeastern state of Tamil Nadu, India. At the young age of 7, he left home and joined a theater group, where he started playing child and female roles then lead roles. In December 1945, Ganesan made a name for himself - literally - with his theatrical portrayal of 17th-century Indian King Shivaji. This regal stage name stuck and Ganesan carried the crown as "Sivaji" as he conquered the world of acting.

He made his on-screen debut in the 1952 film "Parasakthi," the first of his over 300 films spanning a nearly five-decade cinematic career. Renowned for his expressive voice and diverse performances in Tamil-language cinema, Ganesan quickly ascended to international fame. His best-known blockbusters include the trendsetting 1961 film "Pasamalar," an emotional, family story considered one of Tamil cinema's crowning achievements, and the 1964 film "Navarthri," Ganesan's 100th film in which he portrayed a record-breaking, nine different roles.

In 1960, Ganesan made history as the first Indian performer to win Best Actor at an international film festival for his historical movie "Veerapandiya Kattabomman," one of his biggest blockbusters with people remembering the dialogues from the movie even today. Other distinguished accolades came near the end of his career. In 1995, France awarded him its highest decoration, Chevalier of the National Order of the Legion of Honour. The Indian government in 1997 honoured him with the Dadasaheb Phalke Award which is India's highest award in the field of cinema. Today, his legacy is carried on for international audiences through the performances of the many contemporary Indian acting greats who cite Ganesan as a major inspiration.