Ram Lal said opinions expressed by various leaders in the meeting will be shared with the party high command to take a decision in the interest of the state. 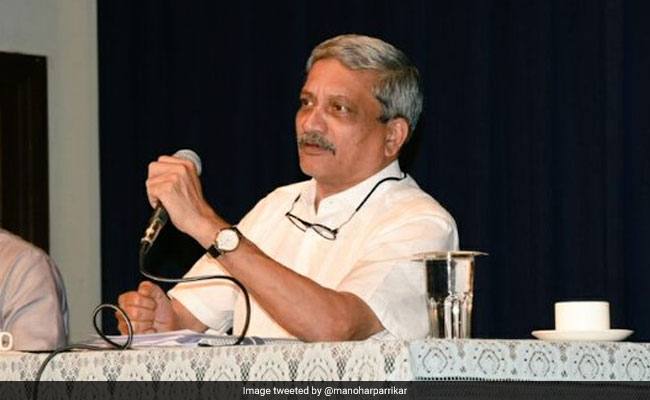 The Goa government is stable and no demand has been made for change in leadership at a meeting called by the ruling BJP Monday to take stock of the political situation in view of Chief Minister Manohar Parrikar's indisposition, senior party leader Ram Lal said.

The meeting was called in the presence of BJP central observers.

Asserting that the state government is stable, Mr Lal said allies reiterated their support to the BJP in the meeting.

He said opinions expressed by various leaders in the meeting will be shared with the party high command to take a decision in the interest of the state.

Mr Parrikar, 62, who is suffering from a pancreatic ailment, has been admitted to the All India Institute of Medical Sciences (AIIMS) in New Delhi for treatment.

BJP president Amit Shah had Sunday sent three senior members of the party -- B L Santhosh, Ram Lal and Vinay Puranik -- to Goa to meet the party leaders and allies in the coastal state.

The meeting was held Monday morning at the BJP headquarters and was attended by party MLAs, former legislators and core committee members.

Later, Mr Lal said the party held discussions on the political situation in the state and preparations for the Lok Sabha elections due next year.

He said the BJP's alliance partners - the Goa Forward Party (GFP), the Maharashtrawadi Gomantak Party (MGP) and Independents -  conveyed that they will agree to any political decision taken by the saffron party.

"We have taken everyone's opinion which would be shared with leaders in Delhi to take a decision which is good in the interest of the state," Mr Lal said, without elaborating further on what transpired in the meeting.

He ruled out change in leadership in the state.

"All the allies have said they are with the government and will agree to the BJP's decision. No one has placed a demand for change in leadership in front of me. The government is stable," Mr Lal asserted.

He further said that as of now there is no proposal for merger from  alliance partners.

"There is no proposal for merger. If they want to give any proposal (later), then they will give," he said.

The MGP had said Saturday it was "high time" Mr Parrikar handed over the charge to the senior-most minister in his Cabinet during his absence.

The BJP currently has 14 legislators in the 40-member Assembly, while the GFP and the MGP have three each. The national party is also supported by three Independents.

The Congress has 16 MLAs while the Nationalist Congress Party (NCP) has one legislator.