Talking to reporters, Former deputy chief minister of Goa, Dayanand Narvekar said AAP is a "well-structured party" that is praised for its governance model in New Delhi and the intent to provide good governance in Goa. 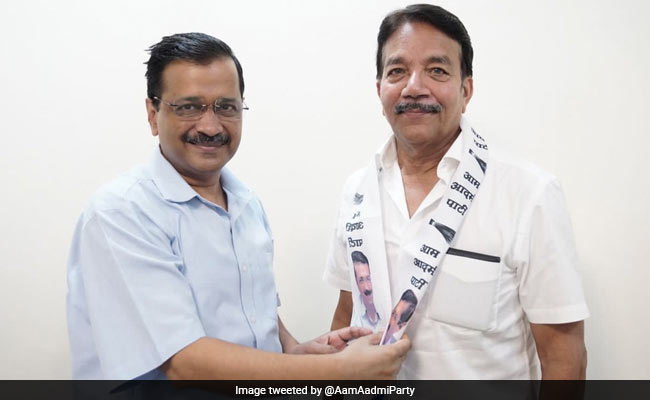 Former deputy chief minister of Goa, Dayanand Narvekar, on Wednesday joined the Aam Aadmi Party (AAP) ahead of the next year's assembly polls, saying the AAP has created a "positive impression" in the minds of the people.

Talking to reporters, the 71-year-old politician said AAP is a "well-structured party" that is praised for its governance model in New Delhi and the intent to provide good governance in Goa.

"The AAP remained with the local population in Goa during the pandemic, providing them all the necessary help. I am impressed with the work of Arvind Kejriwal as chief minister of Delhi. I am sure AAP can do the work of such a scale in Goa, once voted to power," he said.

Mr Narvekar had represented Aldona constituency in the Goa Assembly five times in the past on a Congress ticket. He had served as deputy CM from November 1999 to October 2000.

In the 2017 Goa assembly elections, the AAP has failed to open its account.

During his recent visit to Goa last month, AAP national convener Arvind Kejriwal had said that if voted to power in Goa in the 2022 polls, his party will ensure that 80 per cent of jobs, including in the private sector, will be reserved for local people.

He had also assured a monthly remuneration of Rs 5,000 to families dependent on the mining and tourism industries till these sectors are normalised.

In his earlier visit to the coastal state in July, the Delhi chief minister had assured free electricity up to 300 units per month to people in Goa if his party forms the government after polls.