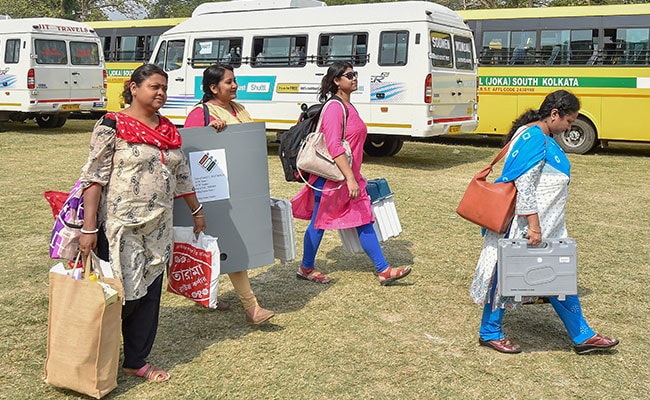 Goa Election Result: The voter turnout for Goa was 71 per cent in national election 2019.

Goa voted in the third phase of Lok Sabha Elections 2019 on April 23. There are two seats in the state – North Goa and South Goa – with prime parties being BJP, Congress and AAP. The voter turnout for Goa was 71 per cent in national election 2019 while in 2014 Lok Sabha Polls, Goa voter turnout was 77.1 per cent with BJP winning both the states. Goa Lok Sabha Election Results, along with all other states, will be declared on May 23. The prominent candidates in Goa are BJP's Shripad Yesso Naik from North Goa and Narendra Keshav Sawaikar from South Goa. From Congress, Cosme Francisco Caitano Sardinha is a prominent candidate from South Goa. According to trends at 7 pm, BJP is leading on North Goa and Congress in South Goa.

How To Check Goa Election Result