Suravaram Sudhakar Reddy, national general secretary of CPI accuses the Centre of "standing on false prestige" on the issue of foreign aid. 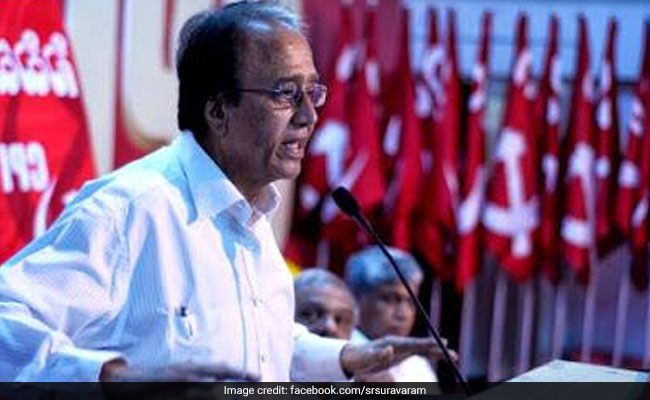 If the Centre wants to reject the Rs. 700-crore offer of the UAE to Kerala for flood relief operations, it should give a Rs. 2,600-crore interim assistance as sought by the southern state, the Communist Party of India (CPI) said today.

Suravaram Sudhakar Reddy, the national general secretary of the CPI - the second biggest constituent in the ruling Left Democratic Front (LDF) government in Kerala -- also accused the Centre of "standing on false prestige" on the issue of foreign aid at times of natural disasters.

He said when a country faced a natural calamity, it was normal for other nations to offer aid, and recalled that India had helped Nepal and Bangladesh in such situations in the past and even made an offer to Pakistan when there was an earthquake in the neighbouring country.

"In such circumstances, we can accept from the UNO and the UAE...whoever supports unconditionally without strings...we should accept it," Mr Reddy told PTI.

The BJP-led NDA government at the Centre was "unofficially" saying that it was following the policy of the previous UPA government of not taking foreign assistance in case of natural disasters, he said. "The UPA government had taken many good decisions also, including giving special category status to Andhra Pradesh. Why are they (Centre) not giving (that)?," Mr Reddy asked.

He described the decision of not accepting foreign aid for the Kerala flood relief operations as only a "pretext" and said the Centre was "standing on false prestige".

"Neither is the Government of India ready to give what the Kerala government is asking for. It did not ask for all the Rs. 20,000 crore (estimated loss due to the rains). It is asking for Rs. 2,600 crore. The Centre, if it wants to reject the offer of the UAE, should give Rs. 2,600 crore (to Kerala) and then can say that India itself is ready to solve its problems," the Left leader said.

(Except for the headline, this story has not been edited by NDTV staff and is published from a syndicated feed.)
Comments
Suravaram Sudhakar ReddyKerala for flood relief operationsUAE