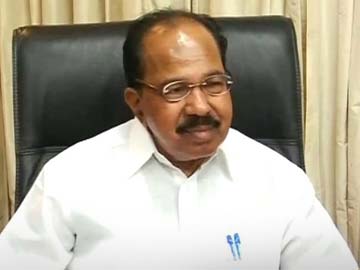 CPI leader Gurudas Dasgupta and an NGO have petitioned against the gas pricing formula approved by a cabinet panel in June last year that allowed a hike in gas prices from $4.2 a unit to $8.4 from April.

The petitions accuse Oil Minister Veerappa Moily of helping Mukesh Ambani's Reliance Industries, and seek the cancellation of Reliance's contract to produce gas in the KG-D6 basin, off the Andhra Pradesh coast.

The Supreme Court has already issued notices to the Centre, Mr Moily and Reliance Industries.

The government, however, claims that the new rates are based on a formula approved by the Rangarajan Committee appointed by Prime Minister Manmohan Singh at the request of Mr Moily's predecessor, S Jaipal Reddy.

The Oil Minister said the new rates have taken into account the average price prevailing at international gas hubs and cost of importing the fuel into India in past 12 months, and will also benefit the state-owned Oil and Natural Gas Commission (ONGC).

"It is absolutely based on recommendations made by the Dr Rangarajan Committee. He is an eminent economist and he has gone through the mills. And I have not changed even a word or a full stop or a comma from the recommendation," Mr Moily had said last month.

He termed Gurudas Dasgupta's allegations false and baseless and said the decision to hike gas prices was cleared twice by the Cabinet, first in June last year and then in December.

Promoted
Listen to the latest songs, only on JioSaavn.com
The biggest beneficiary of the gas price hike will be ONGC and another public sector firm Oil India Ltd, which together produce 80 per cent of the country's output. The government estimates a gain of about $2.08 billion (Rs. 12,900 crore) in royalty and taxes by doubling gas rates.