Was UPA "Sabotaged" From Within In 2019 Lok Sabha Polls?: Manish Tewari

The Congress, however, dismissed reports of rift within the party, terming them "fiction" and a product of the "BJP's propaganda factory". 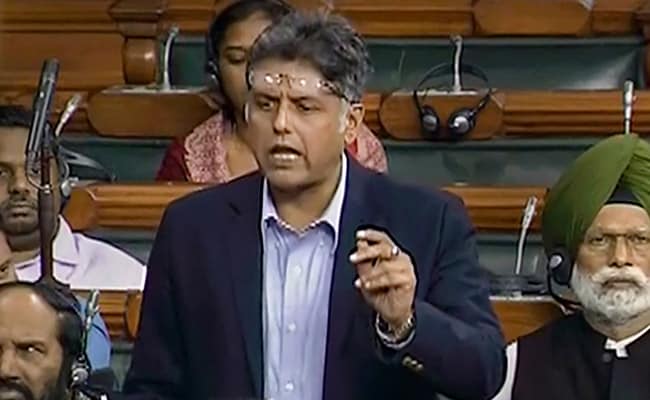 It is valid to ask if the UPA caused the decline in the Congress' fortunes, Manish Tewari said. (File)

Rumblings within the Congress came to the fore on Friday with a section of its leaders seeking introspection on the party's electoral losses and a former Union minister asking whether the UPA was "sabotaged" from within ahead of the 2019 Lok Sabha polls.

Demands for an honest appraisal surfaced during a meeting of the Congress' Rajya Sabha MPs on Thursday in the presence of party chief Sonia Gandhi.

Some young MPs, including Rajeev Satav, the AICC in-charge for Gujarat, are learnt to have asked at the meeting for the link between the UPA government's performance and the Congress' electoral downfall to be reviewed.

Reacting to the discontent within, former Union minister Manish Tewari on Friday said while it is valid to ask if the United Progressive Alliance (UPA) caused the decline in the Congress' fortunes, it is also important to determine if the UPA was sabotaged from within.

"Was UPA responsible for the decline in Fortunes of Congress in 2014 is a valid question and must be gone into? Equally valid is was UPA sabotaged from within? 2019 defeat must also be analysed," he wrote on Twitter.

Mr Tewari said no charge against the Congress-led UPA has stood the test of law even after six years of its relinquishing office.

His reference was to the alleged corruption in the 2G Spectrum allocation, which the Bharatiya Janata Party (BJP) used as a major poll plank against the Congress in the 2014 Lok Sabha election.

Mr Tewari's public remarks came a day after some MPs called for introspection within the party and ascertaining as to whether the Congress is paying for the follies during the UPA tenure.

Sources said demands for resolving the leadership issue in the Congress were also raised at Thursday's meeting and the divide between the old guard of the party and young leaders was evident.

The Congress has seen youngsters getting "disenchanted" with the prevailing power structure in the party with former MP and a long-time Rahul Gandhi confidante Jyotiraditya Scindia quitting to join the BJP this year.

Another young turk Sachin Pilot, the former deputy chief minister of Rajasthan, has raised a banner of revolt against his own government in the state, causing consternation across the rank and file of the grand old party.

The Congress, however, dismissed reports of rift within the party, terming them "fiction" and a product of the "BJP's propaganda factory".

Asked about the prevailing anxieties between the older and younger leaders, party spokesperson Jaiveer Shergill said, "As a spokesperson of a national party, we only reply to facts and not fiction."

"The stories about internal rumblings in the Congress party and the fight between the young and old guard is a figment of imagination, fiction and a product of the BJP's propaganda factory, merely unleashed in the market to cover their faultlines and failures in the health infrastructure and national security of the country," he said at a virtual press conference.

Mr Shergill said rather than focussing on the "so-called internal fights" of the Congress, which do exist, it would be better if the BJP concentrated on the coronavirus and the country's fight against China.

"The Congress is united. We will emerge stronger in 2024 and silence all our critics," he said.

Asked about the demands for introspection, Mr Shergill said the party has neither shied away from introspecting on its electoral losses nor from taking responsibility.

"Whether it is a win or a loss, the Congress has always introspected and will introspect on its poll strategy, election wins and losses. We have always taken victory with humility and learnt from our losses," he said.