For Katrina Kaif, Ranbir Kapoor Is Her 'Best Friend' 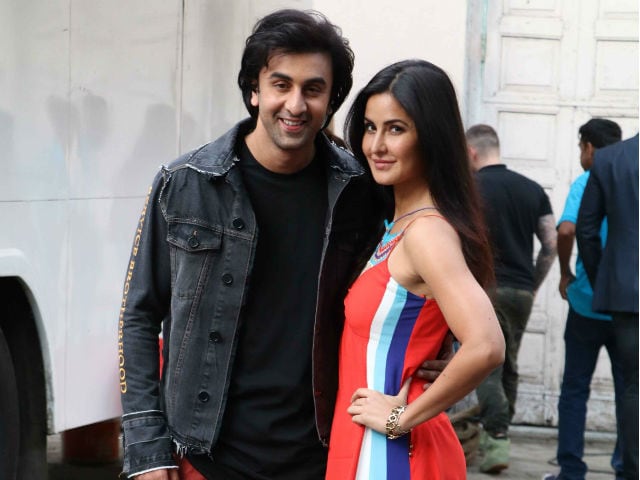 New Delhi: Ex-lovers Katrina Kaif and Ranbir Kapoor have reunited for Anurag Basu's Jagga Jasoos, which releases on July 14. After Katrina joked about 'not working with Ranbir again,' a couple of weeks ago, she now says that the actor is her 'best friend.' It took more than two years to make Jagga Jasoos - a film through which Katrina and Ranbir ended their six-year long relationship. The film is also co-produced by Ranbir. News agency IANS reports that when Katrina was asked to pick Ranbir as a producer or a better friend, she said, "I think he is my best friend."

Jagga Jasoos is Ranbir and Katrina's third film together. They are co-stars of Ajab Prem Ki Ghazab Kahani and Rajneeti. Of Jagga Jasoos, she told IANS, "We all enjoyed the process while filming. Every day when we gathered on set, we knew we are creating something new and interesting. As an actor, the outcome is not in our hand, but the process... I thoroughly enjoyed."

The trailer of Jagga Jasoos was released in the evening.

Promoted
Listen to the latest songs, only on JioSaavn.com
Meanwhile, of Katrina's 'never working again' joke, Ranbir presented the truth behind it. In an interview to NDTV, he said, "The honest truth behind it is that we were at a Facebook chat. I cracked a joke on her and she cracked it back on me. And she's saying 'It's really fair that the media has taken just my joke and made this out to be like something that I just said. I wouldn't say that. So yeah, it's not true." Ranbir also added that he 'loves' working with Katrina and they have an 'amazing creative partnership.'