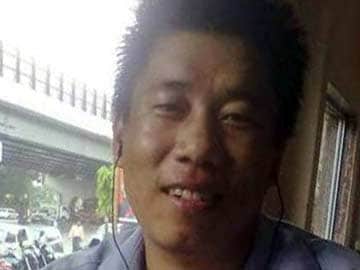 Shaloni, who was beaten to death in Delhi on Sunday night

New Delhi: Two more people have been arrested for the death of a former call centre employee from Manipur, who was severely beaten up in south Delhi on Sunday night. The number of people arrested and charged with murder in the case is now five.

The Delhi Police, who have investigated CCTV footage from the area, say road rage led to the murder and there is no evidence to suggest a racial attack.

Shaloni - a man in his late twenties who was unemployed - was walking with two friends in south Delhi's Kotla Mubarakpur area on Sunday night when a white Maruti Alto car almost hit them, the police said. After an altercation, five men in the car got out and allegedly beat up Shaloni, while his friends reportedly fled and called the police at about 3.30 am.

The police took a badly injured Shaloni to the All India Institute of Medical Sciences or AIIMS, where he was declared dead.

Both groups of men had been drinking, a police officer said, adding that Shaloni was not singled out for attack.

Minister of State for Home Kiren Rijiju had said on Monday, "It seems like a pre-planned and unprovoked attack. The Home Ministry will probe the death."

Shaloni, who lived in Delhi's Munirka, was a Naga man from Tonjoy village in Manipur. Activists from the North East have alleged that his death was a "hate crime" and another in a long list of cases of racial discrimination in the capital.

Promoted
Listen to the latest songs, only on JioSaavn.com
Earlier this year, Nido Tania, a 20-year-old student from Arunachal Pradesh died after being beaten with iron rods and sticks by a group of men in a market in Delhi's Lajpat Nagar, not far from where Shaloni died.

Nido's death had led to street protests and a national debate on discrimination against Indians from the North East.
Comments
Shaloninortheastern man killedDelhi road rage