Fast-Track Gujarat: Chief Minister Has 100-Day Plan With a Name 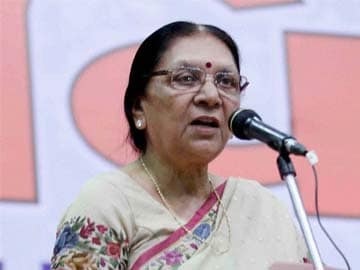 Gandhinagar: Prime Minister Narendra Modi launched his term by setting an ambitious 100-day agenda for his administration. He has inspired Anandi Patel or "Anandiben", who replaced him as the Chief Minister of Gujarat when he was promoted to the country's top job.

Today, on her first-month anniversary as the head of Gujarat's government, the 72-year-old Anandiben announced her 100-day to-do list. The plan has a name: Gateesheel Gujarat or "Fast-Track Gujarat".

For those seeking details, colourful brochures and CDs underscore that the government will work on improving Gujarat's record in nutrition, which is below the national average. 50,000 toilets are to be built in villages across the state. More than 300 job fairs will try to find employment for 75,000 young people.

The chief minister also announced 33 per cent reservation for women in Gujarat's police force but didn't expound on how she plans to implement this. The state legislature, which has just 16 women, would need to vote on the proposal.

Promoted
Listen to the latest songs, only on JioSaavn.com
The opposition Congress says that the plan is little more than a rehash of what Mr Modi promised during his four terms as chief minister. "We firmly believe that along with the 100-day agenda, the government should have also come out with a factual report on how many developmental projects have been initiated," said party spokesman Manish Doshi.

"This programme will accelerate the speed at which these (developmental) works are being carried out," said Nitin Patel, the spokesperson for the government.