"One party communalized Hindus, the other communalized Muslims," he said, apparently referring to BJP and PDP. 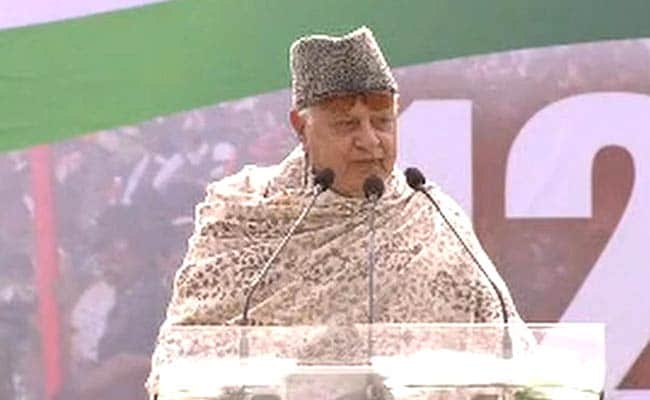 "Communalism is the worst thing that happened to Kashmir," Farooq Abdullah said.

Former Jammu and Kashmir Chief Minister Farooq Abdullah said on Sunday that the state went through its worst phase under the Mehbooba Mufti-led PDP-BJP government.

"The situation in Kashmir became the worst under the previous government. One party communalized Hindus, the other communalized Muslims," Mr Abdullah said at a literary festival in Kolkata.

"The people of Kashmir were never communal. So rise of communalism is the worst thing that happened there. But I urge people to not lose hope," the National Conference President said.

Attacking the BJP government at the Centre, Mr Abdullah said people were being given "cooked up" information about the nation's progress.

"Lies are being thrown, media has been bought. A lot of what you read (in the newspapers) is not true. The figures that are given about our prosperity and progress are wrong, cooked up," he claimed.

"Today is the time to pray... So while you pray for yourself, pray also for the nation. Pray for the unity in diversity. We need to work out how to build a nation where everyone can live in peace and harmony," the veteran leader said.

Mr Abdullah also said PM Modi's surprise visit to Nawaz Sharif's house in 2015 failed to bring about any progress in peace talks between the two nations.

"Modi went to Pakistan and attended a ceremony at Nawaz Sharif's house, but that is not what carrying the talks forward would mean. You have to continue the process of dialogue so that the process does not stop. Talking today and then talking after a year is not the way," he said.

"I do not think the Prime Minister should be the first one to talk. Before the PM talks, there should be others building the agenda that can be put before the two leaders and parliament of both the countries," he added.