The Enforcement Directorate (ED) had filed the money laundering case after taking cognisance of a Central Bureau of Investigation FIR. 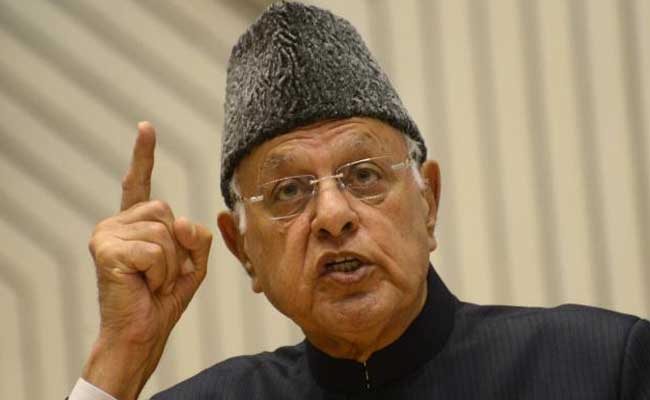 Farooq Abdullah appeared before the Enforcement Directorate at its Chandigarh office.

The Enforcement Directorate questioned former Jammu and Kashmir chief minister Farooq Abdullah for over four hours on Wednesday in connection with a money-laundering case related to alleged financial irregularities in the state's cricket association, officials said.

Mr Abdullah, a former president of the Jammu and Kashmir Cricket Association (JKCA), appeared before the central agency at its Chandigarh zonal office and his statement was recorded under the Prevention of Money Laundering Act, they added.

Mr Abdullah, who is the president of the National Conference (NC), asserted that he had "done no wrong" and was open to scrutiny.

"I have done no wrong. I am open to investigation," he told news agency Press Trust of India over phone after his questioning by the ED.

The Lok Sabha member from Srinagar said it was not the job of the JKCA president to keep a track of how the funds received from the Board of Control for Cricket in India (BCCI) were spent.

"I have recorded my statement today. The matter is sub-judice and I have full faith in the judiciary of the country," he said.

The ED had filed the money-laundering case after taking cognisance of a Central Bureau of Investigation (CBI) FIR and chargesheet.

The chargesheet was filed in July last year against Mr Abdullah and three others for allegedly misappropriating over Rs 43 crore from grants given by the BCCI to the JKCA for promoting cricket in the state between 2002 and 2011.

The CBI has charged Mr Abdullah, the then JKCA general secretary Md Saleem Khan, the then treasurer of the association Ahsan Ahmad Mirza and J&K Bank executive Bashir Ahmad Misgar under the Ranbir Penal Code sections related to criminal conspiracy and criminal breach of trust.

The central probe agency had taken over the case from the state police in 2015 on orders of a division bench of the Jammu and Kashmir High Court.

"JK cricket scam is an old case that's been under investigation for quite sometime. ED questioning Farooq sahab at a time when J&K mainstream parties are collectively standing up to protect its unique identity raises suspicions & questions," she said in a tweet.