In Patna, A Lathi Charge At Farmers Protest, Then They Chased Cops

The march started from Patna's famous Gandhi Maidan and the police blocked the protest at Dak Bungalow Chowk, using barricades and batons, resulting in a clash.

Farmers took out a march in Patna on Tuesday.

Thousands of farmers tried to march towards the governor's house Raj Bhavan in Patna on Tuesday, calling for the central government's new agricultural laws to be scrapped, that set up a confrontation with the police in line with massive demonstrations in several parts of the country.

The march started from Patna's famous Gandhi Maidan and the police blocked the protest at Dak Bungalow Chowk, using barricades and batons, resulting in a clash. Several people were injured, news agency PTI reported, and some protesters chased the police after the lathi-charge.

According to police, the crackdown was preceded by clashes between the demonstrators and the police at Gandhi Maidan, where agitators took exception to their entry being allowed inside the sprawling public ground only through one of the many gates. 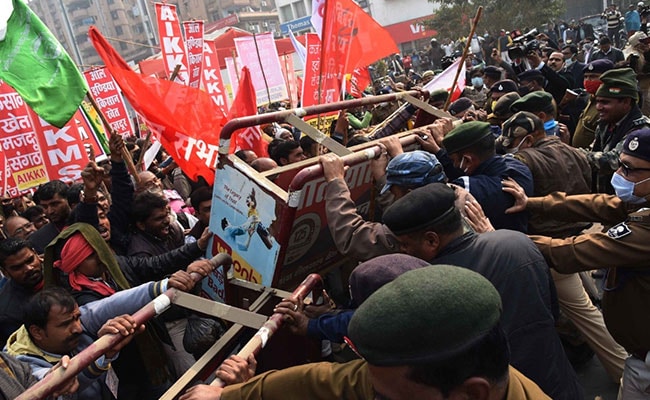 Police blocked the farmers' march, setting up a clash.

The police said the restriction was put in place to avoid a stampede while demonstrators, mainly led by members of various Left parties and unions from different parts of the state, alleged that it was an attempt to suppress their protest.

"We are here in solidarity with our fellow farmers who are sitting in Delhi for the last 34 days," Ashok Prasad Singh, General Secretary of the Bihar State Kisan Sabha, said.

Senior police officer Vinay Tiwari said, "This was in the prohibited area so to stop them from moving ahead, we did lathi-charge." 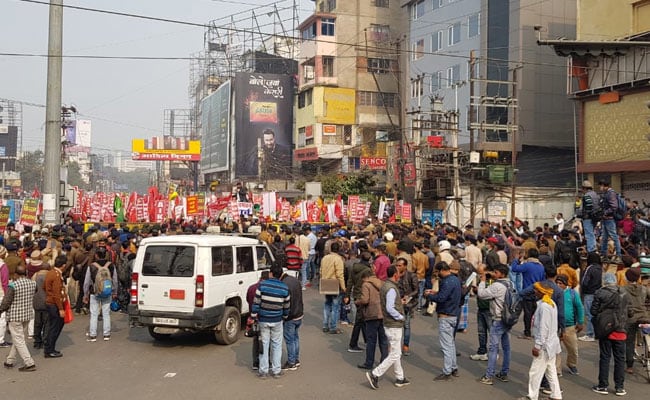 Farmers were stopped by the police before they reached the Raj Bhavan.

Tens of thousands of farmers are camping out on highways near New Delhi for over a month demanding a repeal of the new laws they fear will lead to corporate dominance of the farm sector and erode their incomes.

The central government says the laws will increase farmers' income as it links potential bulk buyers such as Reliance, Walmart and Adani Enterprises directly with farmers, bypassing wholesale markets and commission agents.