Amit Jogi was on Tuesday produced in the court of Judicial Magistrate First Class (JMFC) in Gaurela-Pendra Road which sent him to judicial remand for 14 days after rejecting his bail plea. 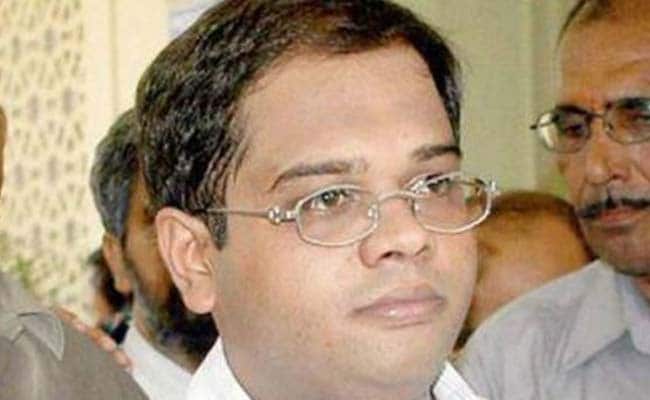 A court in Chhattisgarh's Bilaspur district on Wednesday denied bail to former chief minister Ajit Jogi's son Amit Jogi, who was arrested on charges of cheating and forgery in connection with declaration in the poll affidavit submitted by him in 2013, police said.

Amit Jogi, who now heads the Janata Congress Chhattisgarh (J), was arrested on Tuesday from the official residence of his father in Bilaspur town following a police complaint lodged by Sameera Paikra, BJP candidate from the Marwahi seat in the 2013 Assembly polls.

Amit Jogi was on Tuesday produced in the court of Judicial Magistrate First Class (JMFC) in Gaurela-Pendra Road which sent him to judicial remand for 14 days after rejecting his bail plea.

He later filed another bail application in the court of the additional district and session judge at Pendra Road.

Amit Jogi argued in person in the court.

Ms Paikra had lodged the complaint against Amit Jogi in February this year.

She had alleged that Amit Jogi submitted wrong information about his birth place in the affidavit while filing his nomination papers for the 2013 polls, Bilaspur Superintendent of Police Prashant Agrawal said.

According to Ms Paikra, he mentioned his birth place as Sarbahara village in the Gaurela area of Bilaspur, whereas, she claimed, he was born in the US, the official had said.

After losing the polls, Ms Paikra had filed an election petition in the Chhattisgarh High Court, challenging the veracity of Amit Jogi's caste and place of birth.

The high court had dismissed the petition in January this year on grounds that the term of the Chhattisgarh Assembly (2013-2018) had already ended.

Ajit Jogi, the founder of the Janata Congress Chhattisgarh (J), had said his son has been "framed" on false charges and dubbed the action against him as "political vendetta".