Congress's Sanjay Nirupam had filed a defamation case against Vinod Rai after the former CAG in his book in 2014 made the allegation against him and repeated it in interviews to the media. 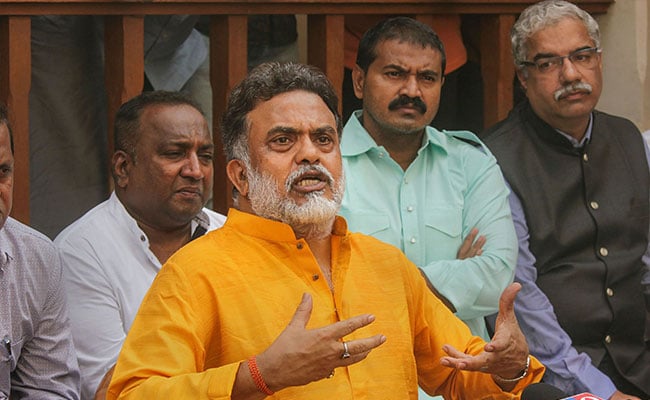 Former Comptroller and Auditor General or CAG Vinod Rai has apologised unconditionally to Congress leader Sanjay Nirupam for "wrongly mentioning" him as one of the MPs who had pressured him not to name former Prime Minister Manmohan Singh in the CAG report on 2G spectrum allocation.

Sanjay Nirupam had filed a defamation case against Vinod Rai after the former CAG in his book in 2014 made the allegation against him and repeated it in interviews to the media.

The court of Metropolitan Magistrate in Patiala House has disposed of the case after recording Sanjay Nirupam's statement accepting Vinod Rai's apology.

"Vinod Rai has been discharged in the case. Since his apology has been accepted by Sanjay Nirupam, the case has been disposed of after recording his statement," Mr Nirupam's advocate RK Handoo told news agency PTI.

Vinod Rai in an affidavit filed in the court has said that he has inadvertently and wrongly mentioned Sanjay Nirupam's name earlier.

"I had inadvertently and wrongly mentioned the name of Sanjay Nirupam as one of the MPs who pressurised me to keep the then prime minister Manmohan Singh's name out of the CAG report on 2G spectrum allocation during the meetings in the PAC or the sidelines of the JPC," Vinod Rai said in his affidavit.

The former CAG has also stated that the statements made by him against Sanjay Nirupam, as televised and published, "are factually incorrect".

Sanjay Nirupam later said Vinod Rai should apologise to the country over the CAG reports on 2G spectrum and coal block allocations, alleging that these were both "bogus".

"Vinod Rai should apologise to the entire country for these bogus reports that he brought out," Mr Nirupam told reporters later.

He also expressed happiness that his stand was vindicated and the former CAG apologised for his wrongful claims made against him.