An ED official claimed on Friday night that Praful Patel "did not cooperate" with the inquiry. When asked if he would be summoned again on Saturday, the official did not offer any comment. 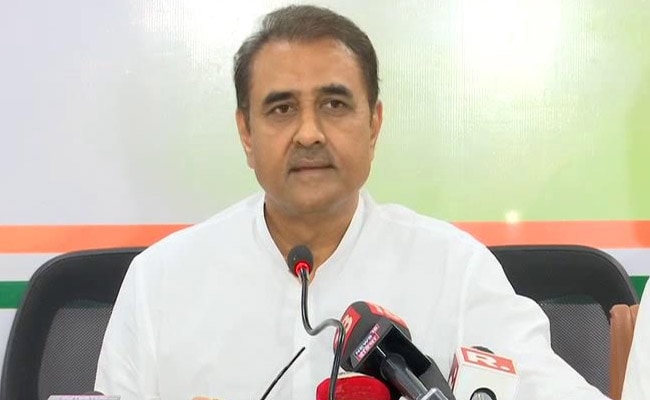 Praful Patel has denied any wrongdoing in the deal

NCP leader Praful Patel was questioned by the Enforcement Directorate (ED) for nearly 12 hours in connection with a money-laundering probe linked to alleged illegal assets of late Iqbal Mirchi, an aide of underworld don Dawood Ibrahim.

An ED official claimed on Friday night that Patel "did not cooperate" with the inquiry. When asked if he would be summoned again on Saturday, the official did not offer any comment.

However, in future Patel may also be confronted with Rakesh Wadhawan of the real estate group HDIL, the official said over alleged links between the group and Patel, he said.

Around fifty questions were put to Mr Patel during the inquiry on Friday, he said.

Mr Patel, a former Union minister in the UPA regime, reached the ED office in south Mumbai around 10.30 am after being summoned by the central agency.

He emerged from the office exactly 12 hours later Patel has already been questioned by the ED in an another money laundering case linked to the aviation scam.

According to ED officials, Mr Patel's Millennium Developers Pvt Ltd constructed a building called Ceejay House in 2006-07 and its third and fourth floors were transferred to Mirchi's wife, Hajra Iqbal.

The land on which the tower was built was said to be owned by Mirchi. Investigators claim the land was purchased from the proceeds of crime of money laundering, drugs trafficking and alleged crimes of extortion.

Mr Patel has denied any wrongdoing in the deal and said that the property papers explain that the transaction is "clean and transparent".

Earlier in the day, speaking in Nagpur, Union minister Prakash Javadekar had sought a probe against Patel in the multi-crore scam at the Punjab and Maharashtra Cooperative Bank (PMC Bank).

"This person was regularly using the aeroplane belonging to some of the accused in the PMC bankruptcy case. Similarly, who gave the SRA development work near the Mumbai airport to the accused and why?

"Hence, more investigation is required to find out who else is involved in the PMC bank scam," Javadekar had said.

HDIL promoters Rakesh and Sarang Wadhawan are the prime accused in the PMC Bank scam and among the five arrested in the case.

The troubled realty firm was mainly into handling Slum Rehabilitation Authority (SRA) projects. It had bagged one such project near the Mumbai airport, but could not complete it.

HDIL allegedly accounted for 70 per cent of the cooperative bank's Rs 9,000 crore advances.

According to the Mumbai Police's Economic Offences Wing, HDIL's loans turned Non-Performing Assets, but the bank management hid this from the RBI's scrutiny.