Encephalitis To Be Made 'Notifiable Disease': Government 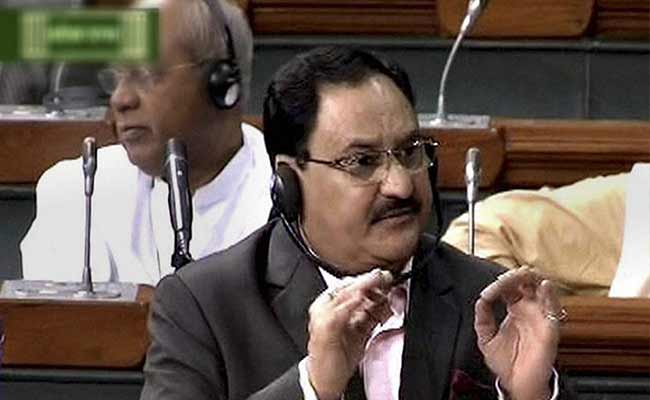 New Delhi: Encephalitis, which claims hundreds of lives every year in eastern India, will be made a notifiable disease, the government announced in the Lok Sabha today amid concerns expressed by members over "failure" to check it despite years of efforts.

Health Minister J P Nadda also accepted the demand of two BJP members from eastern UP, the state worst affected by the disease whose victims are mostly children, that the Gorakhpur-based unit of National Institute of Virology, Pune, be upgraded as a regional centre.

In a Calling Attention Motion, Yogi Adityanath (BJP) said over 125 children have died in BRD Hospital, Gorakhpur, alone this year due to the disease, which is also known as brain fever, and such deaths have been happening year after year since 1978.

Teams of doctors and other experts have been visiting the district but it has been of little help, he said, adding innocent children there have become "guinea pigs" and the region a "laboratory".

"The failure is visible in tackling the disease," he said wondering if polio and smallpox can be eradicated, then why not encephalitis, which is vector-borne and water-borne disease.

In his reply, Mr Nadda sought to lay the blame at the doors at the state governments, particularly the Uttar Pradesh government, saying over Rs 50 crore given to it for vector-borne disease control was lying unspent this year.

While providing money and technical assistance is the central government's responsibility, execution of various measures lie with states, he said.

"Despite support from the Centre, only 10 Paediatric ICUs out of 20 have been established in UP. There are a large number of vacancies of medical officers, nurses and supporting staff, affecting the implementation of the programme," he said.

He has reviewed the situation with health ministers of 11 affected states and issued them 10 advisories, Mr Nadda said.

Agreeing to demands, he said, "We will make it a notifiable disease."

A notifiable disease is required by law to be reported to authorities, allowing them to prepare in time to take preventive measures in time.

During the current year, a total of 757 encephalitis cases have been reported from UP, he said.
Comments
Nadda on encephalitisEncephalitis fundsLok Sabha