Among the party leaders who lost were four members of the Congress Working Committee (CWC), the highest decision-making body of the party. 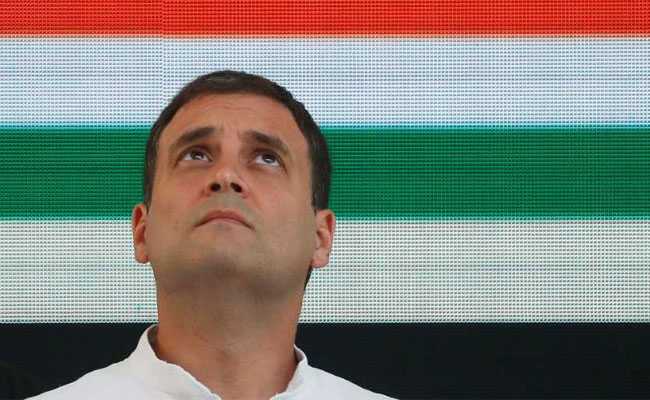 The Congress won the maximum number of 15 seats in Kerala.

Who are the 52 candidates of the Congress who won despite the Narendra Modi wave in the just-concluded Lok Sabha elections?

Congress had fielded 421 candidates across the country but only 52 of them got elected from 18 states and union territories, marking the second dismal performance by the party in the second successive general elections.

The Congress won the maximum number of 15 seats in Kerala followed by eight in Punjab and Tamil Nadu each. In 17 states and union territories, it could not even open its account.

Among the party leaders who lost were four members of the Congress Working Committee (CWC), the highest decision-making body of the party.

Among the victorious candidates, UPA Chairperson Sonia Gandhi is the only Congress nominee to win from electorally-crucial Uttar Pradesh. She managed to retain her Rae Bareli seat in Uttar Pradesh by winning by 1,67,178 votes.

Congress President Rahul Gandhi, while losing his family pocket borough seat of Amethi in Uttar Pradesh which had elected him thrice earlier, got elected from the second seat of Wayanad in Kerala by 4,31,770 votes.

Here is the list of other Congress candidates who won:

3. Kuldeep Rai Sharma: He is the Congress chief of Andaman and Nicobar Islands and won the seat by a narrow margin of 1,407 votes.

5. Pradyut Bordoloi: He is a former Assam minister and won from Nowgong in Assam by 16,752 votes.

7. Mohammad Javed: He won from Bihar's Kishanganj, a seat traditionally considered strong for Congress, but not with a big margin. He won by 34,466 votes.

9. Jyotsna Mahant: She is wife of Chhattisgarh assembly Speaker Charan Das Mahant and won from Korba in Chhattisgarh by 26,349 votes

10. Fransciso Sardinha: He is a former MP and won by 9,755 votes from South Goa in a tight contest.

11. Geeta Kora: The only Congress candidate to win from Jharkhand, she won from Singhbhum with a margin of 72,155 votes.

12. Komatireddy Ventkat Reddy: A four-time legislator, he won from Bhongir in Telangana by 5,219 votes

13. D. K. Suresh: The only Congress candidate to win from Karnataka, he has retained Bangalore Rural by 2,06,870 votes.

14. Shashi Tharoor: The former Union Minister won from Thiruvananthapuram with a margin of 99,989 votes

15. Ramya Haridas: A former block panchayat president, she won from Kerala's Alathur by 1,58,968 votes. The seat was considered tough for the Congress.

17. Benny Behanan: He had to be hospitalised during his campaign but won from Chalakudy by 1,32,274 votes.

18. Hibbi Eden: A young leader of the Congress, he won from Erankulam by 1,69,153 votes, which is a record margin for the constituency.

19. Dean Kuriakose: He took part in agitations organised by the UDF concerning farmers and won from Idukki by 1,71,053 votes

20. K. Sudhakaran: He raised the issue of political violence in his campaign and won from Kannur by 94,559 votes

21. Rajmohan Unnithan: He won his first-ever election and has been elected from Kasargod by 40,438 votes. The seat was considered tough for the Congress.

23. K. Suresh: He won for the third time from Mavelikkara and defeated his rival by 61,138 votes

24. V. K. Sreekantan: He gave a surprise defeat to the Left front wresting the Palakkad seat for the UDF by 11,637 votes.

25. Anto Antony: He is sitting Congress MP from Pathanamthitta and won the seat by 44,243 votes.

27. K. Muraleedharan: He is a MLA and highlighted the cult of violence in the state. He won from Vadakara by 84,663 votes.

28. Nakul Nath: He is son of Madhya Pradesh Chief Minister Kamal Nath and won from Chhindwara by 37,536 votes.

29. Suresh Dhanorkar: He won from Maharashtra's Chandrapur by defeating union minister Hansraj Ahir by margin of 44,763

31. V. Vaithilingam: A former Chief Minister, he won from Puducherry by a record margin of 197,025 votes

33. Manish Tewari : A former Union Minister and a senior spokesperson of the Congress, he won from Anandpur Sahib by 46,884 votes.

34. Mohammad Sadique: He is Punjabi folk singer and won by 83,256 votes from Faridkot.

35. Amar Singh: He is a former IAS officer of Madhya Pradesh cadre and won from Fategarh Sahib by 93,898 votes.

38. Ravneet Singh Bittu: He is grandson of former Punjab Chief Minister Beant Singh and a sitting Congress MP. He won from Ludhiana by 76,372 votes.

39. Preneet Kaur: Wife of Punjab Chief Minister Amarinder Singh and a former MP, she won from Patiala by 162,718 votes

40. Revanth Reddy: He is Telangana Congress working president and won from Malkajgiri by 10,919 votes

41. Uttam Kumar Reddy: He is Telangana Congress chief and won from Nalgonda by 25,682 votes

43. Abu Hasem Khan Chowdhury: He is sitting Congress MP and won by 8222 votes from Malada Dakshin.

44. Saptagiri Ulka: He is Btech in computer science and has worked with top IT companies. He won from Koraput in Odisha by 3,613 votes.

46. H. Vasanthakumar : He is working president of Tamil Nadu Congress and won from Kanniyakumari by 2,59,933 votes.

48. A. Chellakumar - He is a permanent invitee to Congress Working Committee and won from Krishnagiri by 156,765 votes.

50. K.Jayakumar: A former MLA, he raised issues concerning farmers and s won from Tiruvallur by 356,955 votes. The seat had been won by AIADMK in 2014.

51. S Thirunnavukkarasar: He is former chief of Tamil Nadu Congress and won from Tiruchirappalli by 4,59,286 votes.