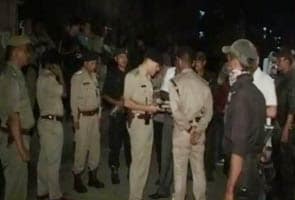 Imphal: Eight people have died and five others are critically injured after a high-intensity blast in Manipur's capital Imphal this evening.

The blast happened at 7:30 pm in the Nagampal area that is next to a busy market.

Initial reports indicate all of those dead are migrant labourers involved in the construction of a drain in the area.

Promoted
Listen to the latest songs, only on JioSaavn.com
The police has said the blast appears to have been triggered through a planted device.

No group has claimed responsibility for the blast so far.