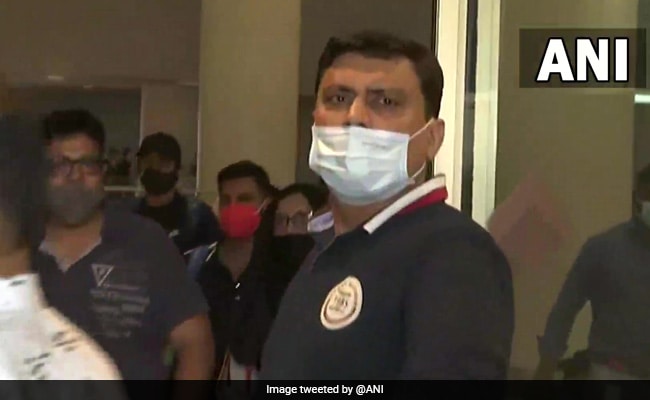 The team is led by Deputy Director General of NCB Gyaneshwar Singh and 4 other NCB officers.

A five-member team of the Narcotics Control Bureau (NCB) reached Mumbai on Wednesday to probe allegations of corruption levelled by Prabhakar Sail, a witness in the drugs on cruise matter of Mumbai, sources said on Tuesday.

The team is led by Deputy Director General (DDG) of NCB Gyaneshwar Singh and 4 other NCB officers.

The bodyguard of NCB witness Kiran Gosavi, Prabhakar Rohoji Sail alleged that Mr Gosavi took Rs 50 lakh from an individual after the raid at the cruise ship. Mr Sali had said, "I worked as a bodyguard of Kiran Gosavi. I assisted him during the Mumbai cruise drugs case."

Mr Kosavi has, however, denied the allegations.

Meanwhile, the NCB named Mr Sail as a "hostile witness" in its affidavit in court on Monday.

"All the complaints received against Wankhede will be probed by the officer. Four Police stations in Mumbai have received such complaints so far," said police.

An NCB team busted an alleged drugs party on the Cordelia Cruise ship which was on its way to Goa at mid-sea on October 2. A total of 20 people have been arrested in the case.