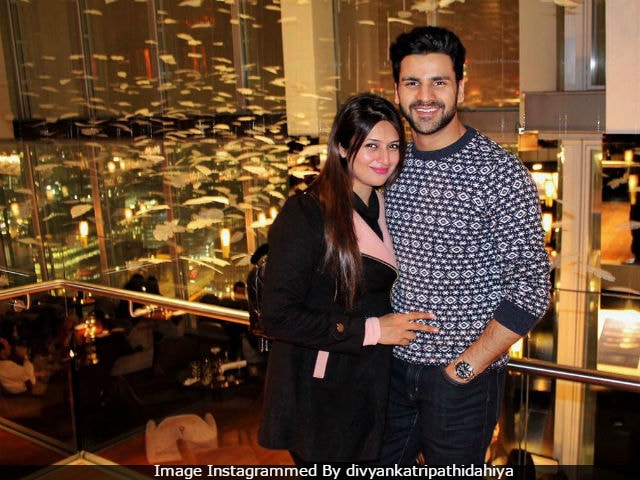 New Delhi: Television most-celebrated couple Divyanka Tripathi Dahiya and Vivek Dahiya are just a month away from celebrating their first wedding anniversary. The couple who is currently a part of dance reality show Nach Baliye 8, will celebrate their anniversary in Europe, reports The Times Of India. "Vivek has been throwing lot of surprises for Divyanka in the last one year - from Goa for Valentine's Day to bicycle rides for her birthday. And this time around too Vivek wants to keep the exact destination a surprise and hence while Divyanka knows that they are traveling to Europe, exactly where remains a surprise," TOI quoted a source as saying.

Divyanka and Vivek, co-stars of television show Yeh Hai Mohabbatein, married on July 8 in Bhopal, the actresses' hometown. The lavish wedding was followed by a grand wedding reception in Vivek's hometown in Chandigarh.

Promoted
Listen to the latest songs, only on JioSaavn.com
The couple is one of the most-busiest stars of the television industry. While they both feature together in Yeh Hai Mohabbatein, Vivek also starred in Kavach...Kaali Shaktiyon Se, which went off air last year. They are now in the race to finals in Nach Baliye 8. "Since Divyanka has had quite a hectic schedule in the last three months as she has been shooting for two shows simultaneously without any offs Vivek wants her to take a break," TOI quoted a source as saying.

After their wedding, Divyanka and Vivek went for a brief trip to Udaipur. They celebrated the New Year's in Europe. The couple celebrated their first Valentine's Day in Goa this year.