Shashi Tharoor told the court that the Twitter account of Sunanda Pushkar was important to check the state of mind before her death. 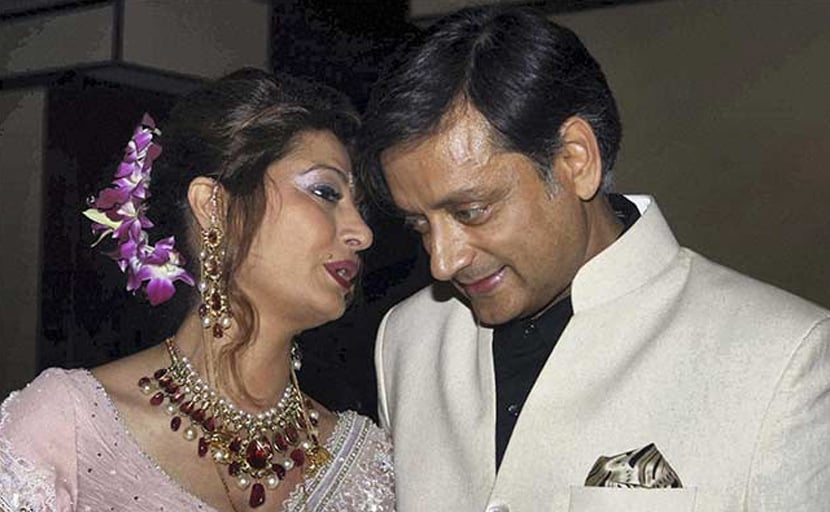 "Twitter timeline" of Sunanda Pushkar can show her state of mind before her death: Shashi Tharoor

Congress MP Shashi Tharoor on Tuesday urged a special court to direct Delhi Police to bring on record various tweets made by his wife Sunanda Pushkar, who was found dead in mysterious circumstances in January 2014.

Mr Tharoor told the court that the Twitter account of Sunanda Pushkar was important to check the state of mind before her death.

The Congress leader, who is made an accused by the police in the case, told Special Judge Ajay Kumar Kuhar that it does not have the cause of death till date.

"Till 2018, they didn't know it (the reason of death). Then a new board was formed (for her autopsy)... They (police) argued on charge and the documents were placed, particularly the psychological autopsy report, which says suicide cannot be the cause of death. Twitter account of the deceased is important to check when we are checking the state of mind. They seized three Blackberry phones of the deceased on January 30, 2014. They sent it to CFSL and asked to provide WhatsApp, Twitter, Call Logs, SMS, Images data. They have picked and chosen the data they want to use," senior advocate Vikas Pahwa, appearing for Mr Tharoor, told the court.

He said the "Twitter timeline" of Sunanda Pushkar can show her state of mind before her death.

"There is a timeline, there are so many tweets which can show her mindset. How can they (police) say this is irrelevant... I (Tharoor) am just saying through my application that they should produce the documents which are in my favour. They have mentioned a conclusion based on a tweet and today they say they don't have it. During the course of investigation it came to the notice that the deceased and her husband were very active on social media. In order to seek relevant information, call logs, SMS, Twitter, Facebook, BBM etc were scanned. Since the material, which is in public domain, you have it in the two phones seized by you, but you won't rely on it because it does not suit you," he said.

The police, however, opposed the application terming it "vague". "It is vague application. This is a serious effort by them to not allow the trial in this case," said senior public prosecutor Atul Srivastava, appearing for Delhi police.

The police added that it was not relying on the tweets of the victim and that it had no record related to the Sunanda Pushkar's tweet.

The court will pass order on Shashi Tharoor's application on December 12.

The former Union minister, who is currently on bail in the case, was charged by Delhi Police under Sections 498-A and 306 of the Indian Penal Code.

Police had told the court that Sunanda Pushkar was suffering from mental agony due to a strained relationship with her husband. She had a scuffle with her husband and had various injury marks few days before her death, they said.

Police accused Mr Tharoor of torturing his wife which abetted her to commit suicide.

The maximum punishment for the offence listed in the charge sheet is 10 years of imprisonment.

However, if convicted for 302 (murder), the maximum punishment is death penalty while the minimum is life imprisonment.

Sunanda Pushkar's death had created a sensation as it came shortly after a bitter spat between the couple on Twitter over his alleged affair with Pakistani journalist Mehr Tarar.

Sunanda Pushkar, 51, was found dead in a suite of luxury hotel Leela in Delhi's Chanakyapuri on the night of January 17, 2014.

The couple was staying at the hotel as the official bungalow of Shashi Tharoor was being renovated at that time.